Ian D. Schnadig, MD, of Compass Oncology in Portland, Oregon, presented the study, and said that with regards to supportive care, “we still have a ways to go to move the ball down the field in this important domain of cancer care.” Specifically, managing delayed-phase chemotherapy-induced nausea and vomiting (CINV) is an unmet medical need, he said.

The MAGIC trial was a phase III, prospective, randomized, placebo-controlled, double-dummy, double-blind trial including 942 patients receiving an HEC regimen. In one arm, patients received ondansetron and a placebo injection; in the other, they received an ondansetron placebo and a APF530 injection. Both groups received fosaprepitant and dexamethasone. The most common chemotherapy regimens were doxorubicin/cyclophosphamide-based and cisplatin-based.

The APF530 group had a higher rate of delayed-phase complete response, defined as no emesis and no rescue medication, at 64.7% compared with 56.6% (P = .014) in the ondansetron group. The rate of complete control (complete response as well as no more than mild nausea) was numerically higher in the APF530 group, at 60.7% vs 53.1% (P = .022); after adjustment, however, this was no longer significant.

The rate of no emetic episodes was also numerically higher in the APF530 group, at 82.2% compared with 79.2%, but this was also not significant after adjustment. Significantly more patients did not require rescue medication in the delayed phase with APF530 compared with ondansetron (P = .013). Furthermore, a post-hoc analysis showed that APF530 was also associated with significantly less frequent nausea in both the delayed and overall phases.

The discussant for the session was Clifford A. Hudis, MD, of Memorial Sloan Kettering Cancer Center in New York, and he pointed out that many oncologists may not even be aware of what anti-emetic drugs are used with which chemotherapy regimens, as they are automated and built into drug ordering systems.

He said this was a nicely done study, though, and may convince more clinicians to pay more attention to supportive drugs. However, granisetron is not yet approved by the US Food and Drug Administration, and further work is likely needed before it achieves approval. 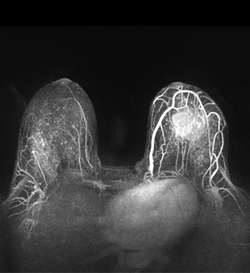