Commentary (Pendergrass/Griffin): What the Physician Needs to Know About Lynch Syndrome: An Update

Dr. Henry Lynch was one ofthe first to recognize the existenceof hereditary nonpolyposiscolorectal cancer (HNPCC).While a relatively small percentage offamilies have this cancer predispositionsyndrome, identification of individualsat risk is now standard of careand includes the potential for the preventionof colorectal cancer. Dr. Lynchand Jane Lynch have written a guidehighlighting key points for physiciansregarding the diagnosis, surveillance,and management of this disorder. Severalaspects of clinical care mentionedin the article are expanded upon here.

Dr. Henry Lynch was one of the first to recognize the existence of hereditary nonpolyposis colorectal cancer (HNPCC). While a relatively small percentage of families have this cancer predisposition syndrome, identification of individuals at risk is now standard of care and includes the potential for the prevention of colorectal cancer. Dr. Lynch and Jane Lynch have written a guide highlighting key points for physicians regarding the diagnosis, surveillance, and management of this disorder. Several aspects of clinical care mentioned in the article are expanded upon here.

While mutation analysis by DNA sequencing is the gold standard for diagnosing HNPCC, this is an expensive test for which a patient may need to pay out of pocket. If a patient's family history does not meet Amsterdam criteria, sequencing of the HNPCC genes is not the first step in the testing process. Instead, microsatellite instability testing of colon cancer tissue is considered, often combined with immunohistochemistry (IHC) analysis. Immunohistochemistry staining of tumor tissue detects loss of expression of the genes known to be associated with HNPCC.

In contrast, in the sporadic adenoma group, only 1 of the 367 adenomas tested (0.3%) showed microsatellite instability. These authors concluded that microsatellite instability analysis in adenomas is likely to be useful in cases where clinical features or family history suggests hereditary predisposition. De Jong et al[7] compared IHC and microsatellite instability testing on adenomas from individuals who had a known germ-line HNPCC gene mutation with those from control individuals undergoing surveillance colonoscopy. In most (65%) of the adenomas from patients with known HNPCC mutations, IHC staining showed no corresponding mismatch repair protein. They recommend IHC staining of large adenomas with high-grade dysplasia in patients under age 60 to identify patients suspected of having HNPCC.

Women with HNPCC have a lifetime risk of endometrial cancer as high as 60% and a lifetime risk of ovarian cancer of 9%.[8] As the Lynches note, screening is recommended for those at risk. To date, there is no standard screening modality for either of these cancers in HNPCC families and no prospective study documenting effectiveness, but several authors have offered screening recommendations for these at-risk women.[8-10]

The Lynches' article illustrates the power of genetic testing to identify a cancer predisposition mutation in a family. Several topics must be discussed with a patient before ordering a genetic test. First, mutation analysis in a family will be most informative if testing is performed on an individual who has an HNPCC-associated cancer. If a mutation is identified in an HNPCC-causing gene in this person, one can conclude that this mutation caused the cancer.

There are several possible outcomes for this testing: (1) If a mutation is detected, other at-risk family members can be tested for this mutation. (2) If no mutation is found in an affected individual, this is inconclusive. HNPCC is not ruled out, as current technology does not detect 100% of mutations in these genes and another gene could be at fault. (3) A variant of uncertain significance may be found. In this situation, an alteration in the DNA of a gene has been identified, but it is unknown whether this will actually affect gene function and influence cancer risk. It is imperative that patients understand that with these latter two results they are still at risk for inherited cancer and should continue to be screened. The only time a "true negative" result can be obtained is when a mutation is identified in an affected family member and another family member tests negative for that specific mutation.

As the Lynches note, consideration of genetic testing may raise concerns regarding genetic discrimination. The Health Insurance Portability and Accountability Act (HIPAA) (1996) prevents group health insurance from denying coverage to new members because of a preexisting medical condition or charging a higher premium to one individual based on that person's medical history. It specifically states that predictive genetic information, including information from genetic testing or family history, cannot be considered a preexisting condition unless the person has already developed the disease. However, it does not provide protection for life or disability insurance, and patients are advised to update these policies prior to genetic testing. Many individual states have laws that provide additional protection.

The Lynches' article reviews HNPCC and, with these additional commentaries, provides a summary of long-standing and new techniques for the diagnosis, surveillance, and management of this hereditary colon cancer syndrome. 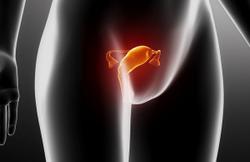