Curcumin is yellow curry powder, also called turmeric, Indian saffron, “Haldi,” or “curry powder.” It is a yellow pigment present in turmeric and constitutes 2%–5% of turmeric.

Curcumin is yellow curry powder, also called turmeric, Indian saffron, “Haldi,” or “curry powder.” It is a yellow pigment present in turmeric and constitutes 2%–5% of turmeric. Curcumin is the same spice that led Vasco de Gama to discover India and Christopher Columbus to discover the Americas in the 15th century. It was first isolated by Vogel in 1842, its structure was identified as diferuloylmethane by Milobedzka in 1910; and it was synthesized by Lampe in 1918.

That turmeric and curcumin exhibit anticancer activity was first demonstrated in a mouse study by Kuttan in 1985, using Dalton's lymphoma cells.[4] In the medical literature there are now more than 3,000 citations published on curcumin; almost 98% of these publications followed our group's 1995 report describing the ability of curcumin to suppress activation of nuclear factor-kappa B (NF-kB), a very potent proinflammatory transcription factor that is closely linked to cancer and various other chronic diseases.[2,5]

HOW IS CURCUMIN CURRENTLY USED?

Practitioners of the ancient science of Ayurveda (which, translated from Sanskrit, means “the science of long life”) have used curcumin for thousands of years, not only in food preparation, cosmetics and skin care, and textile manufacture, but also for a variety of medicinal purposes. Among these medicinal uses of “the golden spice” are treatment of infection and proinflammatory diseases, promotion of bone and wound healing, promotion of good digestion and a healthy weight, prevention of diabetes, and maintenance of good health overall. It is often sold as a 500-mg capsule.

There is a growing body of research assessing the health benefits of ingesting curcumin. Almost 40 clinical trials of curcumin have been completed and another 40 are currently ongoing. Most of these studies are small pilot trials. Various online links for curcumin are described and more detailed information can be found at www.curcuminresearch.org.[6]

WHAT IS THE EVIDENCE RELATED TO CURCUMIN AND CANCER?

Most of the evidence to date for health benefits of curcumin is based on preclinical research, with some early-phase clinical trials in humans. Curcumin has exhibited several properties consistent with many potential cancer applications. It has been shown to inhibit dozens of transcription factors (including NF-kB, activating protein-1, nuclear factor 2-related protein, Wnt/b-catenin, signal transducers and activators of transcription-3, NOTCH, hypoxia-inducible factor-1a, peroxisome proliferator-activated receptor-, etc.); downmodulate various inflammatory gene products (including tumor necrosis factor; interleukins 1, 6, and 8; and cyclooxygenase-2, 5-lipoxygenase); and downregulate adhesion molecules (eg, intercellular adhesion molecule-1, vascular cell adhesion molecule-1, endothelial leucocyte adhesion molecule-1). It induces apoptosis through activation of both extrinsic and intrinsic pathways. More than 100 molecular targets have been identified that curcumin can modulate, and as many as 25 of these targets are modulated by direct binding to curcumin.[7]

Based on these properties, it is possible that curcumin may be helpful in preventing a broad array of cancers[8] and as an anticancer agent,[9,10] by directly impacting tumor cells and by sensitizing tumor cells to both radiation and chemotherapy.[11–13] In addition, anti-inflammatory effects of curcumin may make it useful in treating depression, neuropathic pain, and fatigue.[2,14]

These applications still need to be studied in definitive clinical trials. However, one of the challenges with curcumin is its bioavailability. It has poor solubility in water, a short biological half-life, and its bioavailability after oral adminsitration is low.[15] It is difficult to get biologically active quantities into humans through supplemental consumption. Curcumin may be more bioavailable when mixed with oils such as olive, corn, coconut, or turmeric oil, or liquids including milk and coconut milk; taking curcumin several times during the day may also improve its bioavailability.[16]

Several groups are working to improve the bioavailability of curcumin, and one such nanoparticle formulation has been developed.[17] In addition to nanoparticle formulations, other approaches being pursued to address the bioavailablity limitations of curcumin include use of adjuvants such as piperine, liposomal and phospholipid complex formulations of curcumin, and synthesis of curcumin analogues.[15] Curcumin analogues have shown some promise in in vitro studies of prostate cancer[18,19] and breast cancer.[18] In an orthotopic mouse model of pancreatic cancer, curcumin was found to potentiate antitumor activity of gemcitabine (Gemzar).[12]

A few phase I studies have been completed which demonstrate that curcumin ingestion is associated with a reduction in polyps in people with familial adenomatous polyposis, a decrease in urinary carcinogens in smokers, and a reduction in biomarkers in patients with MGUS, a precursor of multiple myeloma.[20]

WHAT ARE THE POTENTIAL RISKS?

Three different phase I clinical trials of curcumin show curcumin is pharmacologically quite safe even when consumed at a dose as high as 12 g per day for 90 days.[20] No dose-limiting toxicity has yet been found with curcumin. A dose of 12 grams per day, however, is likely higher than necessary. The Food and Drug Administration has carried out its own toxicity studies and designated curcumin as having “Generally Regarded as Safe (GRAS)” status. Occasionally, gastrointestinal toxicities such as diarrhea have been encountered in some patients, especially when large doses are consumed suddenly.

There are, however, some in vitro data suggesting that curcumin can inhibit several pathways of the cytochrome P450 system, in particular CYP2D6 and CYP2C9, which are pathways required for the metabolism of tamoxifen as well as some antidepressants.[21] It would be important for human studies to evaluate whether there are any unwanted effects of curcumin on drug levels of important agents needed for treatment of disease or other symptoms.

Early research has demonstrated that curcumin has properties consistent with both chemoprevention and antitumor effects, such as the downregulation of inflammation. Larger phase II and phase III trials are needed to establish the role and benefit of curcumin in preventing, treating, and/or ameliorating the effects of cancer.

Editor’s note: Herbs and supplements are not strictly regulated by the US Food and Drug Administration. Therefore, products may vary in strength, purity, and effect. Always read product labels to verify that the supplement contains Curcuma longa or Curcuma domestica (curcumin). Common forms of curcumin include capsules and powder. Established brands of curcumin supplements include America’s Finest Inc., Jarrow Formulas, New Chapter, and others.[6] Use of supplements should always be discussed with a qualifi ed healthcare provider. The most commonly reported side effects of curcumin supplementation include diarrhea and other gastrointestinal toxicities. 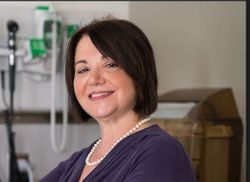 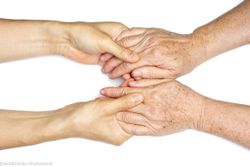