Lyudmila Bazhenova, MD: To summarize what you just said, you have to be careful when you compare randomized clinical trials in the real-world evidence. I feel strongly that they’re there not to compare each other but to complement each other.

Next we’re going to have a poll. You have a poll on the right side of your slide on your screen, and the question is, how often do you incorporate real-world evidence in your clinical decision-making? Go ahead and answer. It looks like about 11% of us are always using real-world evidence, 89% are saying sometimes, and 0% for rarely and never.

The next question is, what are the pros and cons of randomized clinical trials or real-world evidence? There are the advantages and limitations. An example of advantages is octogenarians. This can give us information about a population that wouldn’t have been included in a clinical trial. It also gives us insight into a real-world treatment pattern. Sample sizes can all be larger as you saw with the T790M paper that I showed. There were 3000 patients compared with the same paper in a clinical trial that included 200 to 300 patients. Dr Albrecht already mentioned the real-world evidence and economics. They’re less expensive to run. However, we do have to understand that the real-world evidence studies do have limitations. Dr Albrecht has pointed out a couple of them. Their data might not be consistent because we have a term: “Garbage in, garbage out.” If your electronic medical record is not searchable and not collecting some data, then we won’t be able to look at the data.

A very important thing to understand for the studies comparing different treatments is that cohorts may be unbalanced. For example, in lung cancer, if I run real-world evidence data on the outcomes of patients with early stage lung cancer who were treated with surgery and compare real-word evidence for patients with non–small cell lung cancer who were treated with radiation for the early stage, it would be very clear that patients who were getting radiation do worse. There’s a reason why they weren’t given the surgery. They most likely have more comorbidities, maybe significant pulmonary issues. You have to be careful when you compare different cohorts. Bias is real, and we have to be mindful of how much information our patients are giving us and what’s going in the medical record. 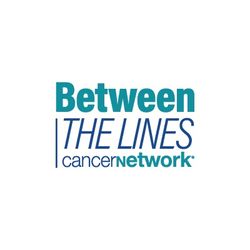