Expression of programmed death-1 (PD-1) and programmed death ligand-1 (PD-L1) is associated with poor glioblastoma outcomes, according to results presented at the 20th Annual Scientific Meeting of the Society for Neuro-Oncology, held November 19-22 in San Antonio, Texas.

“PD-L1 expression in [glioblastoma] is frequent but is largely confined to a minority subpopulation-similar to other malignancies that have been profiled for PD-L1 expression,” reported lead study author Edjah K. Nduom, MD, of the MD Anderson Cancer Center in Houston, and coauthors, in a poster presentation. “Higher expression of PD-L1 is correlated with worse outcome, and proper stratification of PD-L1–positive and negative patients may become an important criterion for high-quality immunotherapeutic trials in [glioblastoma]. Expression of PD-L1 on infiltrating lymphocytes also suggests that a unique immunosuppressive pathway may operate in [glioblastoma].”

“At issue is the validation of PD-L1 biomarker assays and prognostic impact,” Dr. Nduom and colleagues reported.

“We determined the total number of PD-L1-expressing cells within the glioblastomas and validated this finding using ex vivo glioblastoma flow cytometry, with further analysis of T-cell populations,” they reported. They then compared these data with patient survival times, cytotoxicity markers, mRNA, and protein expression data sets from The Cancer Genome Atlas (TCGA).

“The majority of glioblastoma patients (61%) had tumors with at least 1% PD-L1–positive cells,” the coauthors noted in an accompanying abstract.

“Expression of PD-L1 is prognostic by multivariate analysis for a negative glioblastoma outcome by both immunochemistry and mRNA expression analysis of TCGA data,” the team concluded. 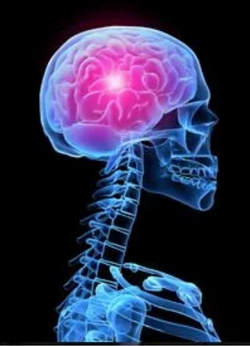