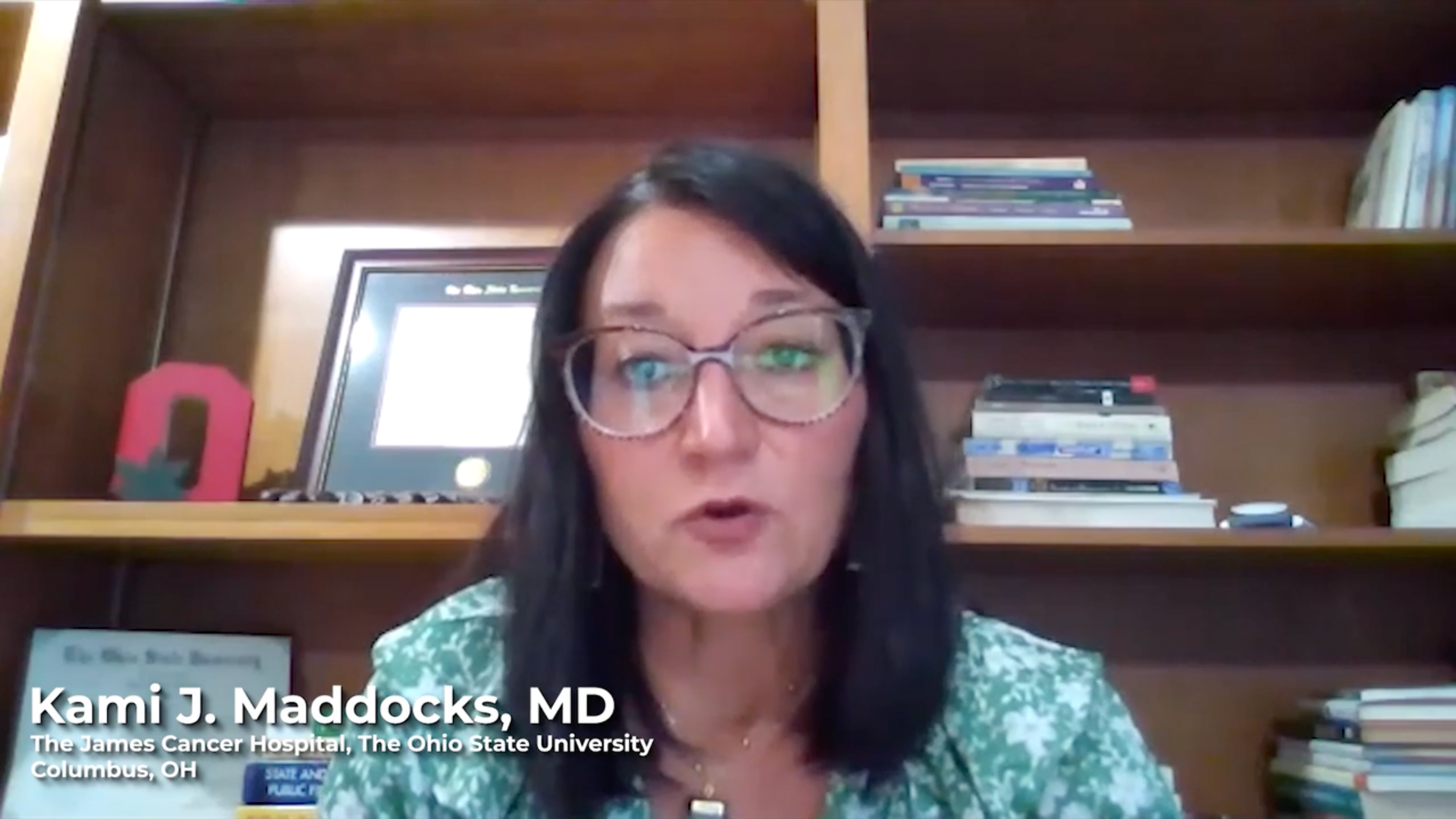 In an interview, Kami J. Maddocks, MD, details therapies that may shake up the standard of care in lymphoma going forward.

I’m looking forward to a few things in the coming months. One is the [further development] of some of these agents that are active in later lines of therapy for lymphoma, and [examining] their activity in earlier lines of therapy, especially for patients with high-risk disease features. This could mean moving bispecific antibodies earlier in therapy or [for] certain patients with high-risk diffuse large B-cell [DLBCL] or mantle cell lymphoma [MCL], [or we may explore] use of CAR T-cell therapy earlier. We have several active agents approved [for patients] at relapse. There are the antibody-drug conjugates we talked about; there’s polatuzumab vedotin [Polivy] and loncastuximab vedotin [Zynlonta], a CD19-targeted antibody-drug conjugate approved in relapsed/refractory DLBCL, which is now being looked at in combination with other agents. Looking across some of our oral [treatments], like Bruton tyrosine kinase inhibitors and CAR T-cell therapy, there are a lot of approved agents that are being looked at in combination as well. The potential ability to combine these active agents that don’t have [severe] toxicities to get longer remission durations is promising. A further ability to look at different immunotherapies [is also promising]. CAR T-cell therapy has been an exciting development, but we’re also looking for ways to improve upon outcomes from CAR T-cell therapy. [We’re looking] to target more than one antigen, or to deliver what’s called off-the-shelf, or allogeneic, CAR T-cell therapy that doesn’t require the same process to make it available to patients.

It’s always good if a patient has access to a trial and to consider them. The bispecific antibodies, [even though] they are not approved agents, have been shown to be very effective, especially in patients with higher-risk features, such as those with follicular lymphoma who relapse after CAR T-cell therapy. There’s some suggestion that patients who relapse soon after initial chemoimmunotherapy may see higher activity [from these treatments] in addition to those with higher-risk MCL. Again, these are smaller numbers [of patients], but they look to be active. So, if there’s a patient who doesn’t have great standard options but they’re able to access a trial with bispecific antibodies which are now being looked at in several combinations, this is something they should consider.