Children whose mothers were occupationally exposed to benzene face a higher risk of leukemia, according to results of a national Swiss cohort study.

Children whose mothers were occupationally exposed to benzene face a higher risk of leukemia, according to a national Swiss cohort study published in the November issue of Environmental International. The study was conducted by the Swiss Paediatric Oncology Group and the Swiss National Cohort Study Group.

The association was strongest among children younger than age 5 years and was not due to socioeconomic factors, the authors reported. It was most pronounced for acute lymphoblastic leukemia (ALL).

“Maternal exposure was associated with an increased risk of childhood leukemia (hazard ratio [HR], 1.73; 95% CI, 1.12–2.67) and ALL (HR, 1.88; 95% CI, 1.16–3.04),” reported lead author Ben Daniel Spycher, PhD, of the Institute of Social and Preventive Medicine, University of Bern, in Bern, Switzerland, and coauthors. “This nationwide cohort study suggests an increased risk of leukemia among children whose mothers were exposed to benzene at work.”

In a multivariate analysis that controlled for potential confounding variables, the HR between leukemia risk and maternal benzene exposure rose to 2.31 (95% CI, 1.4–3.7).

The authors included children younger than age 16 years in the analysis of census data from 1990 and 2000. Parental occupations data were used to estimate benzene exposures and compared with data from the Swiss Childhood Cancer Registry. The analyzed data represented 9 million person-years for maternal occupational risk and 13.2 million person-years at risk for fathers.

“A plausible explanation for our findings is that maternal exposure to benzene during pregnancy can initiate leukemia in the developing child,” the authors concluded.

Pediatric Locally Advanced Synovial Sarcoma: What Would Be the Best Treatment Option? 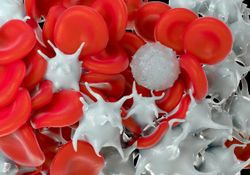