New Data Show There is ‘Tremendous Progress’ in Treatment of a Leukemia Subtype, Says Expert

Data presented at this year’s American Society of Hematology Annual Meeting spotlight promising novel treatment options for acute myeloid leukemia, according to an expert from The University of Texas MD Anderson Cancer Center.

Findings from several studies assessing different treatments for acute myeloid leukemia—one of the most common leukemias in adults—highlight some encouraging outcomes, according to Naval G. Daver, MD.

“[There] is tremendous progress in acute myeloid leukemia,” Daver explained. “The clinical trials being done today are extremely exciting and also offer patients not just opportunity to go on trial, but to also [receive] potentially highly active therapies that could put them in remission, get them a path to transplant, and hopefully even translate to long-term remissions and cures.”

Daver, director of the Department of Leukemia at The University of Texas MD Anderson Cancer Center, spoke with CancerNetwork® following the 2022 American Society of Hematology (ASH) Annual Meetingand touched on data from studies assessing various treatment regimens, their clinical relevancy within the acute myeloid leukemia (AML) space, and where research may be focused in the future.

Among the early data that Daver highlighted were phase 1/2 findings from a study assessing gilteritinib (Xospata), azacitidine (Vidaza), and venetoclax (Venclexta) in a population of patients diagnosed with FLT3-mutant AML.1

Data from the trial showed that there were high complete response (CR) rates in the small patient population, with encouraging and long-lasting responses noted regardless of FLT3 mutation status among newly diagnosed patients.

“It's important to realize that azacitidine and venetoclax is approved and is being used as the frontline standard of care for patients who are unfit or unsuitable for intensive chemotherapy because of age or comorbidities,” Daver explained. “Although the combination has shown very encouraging responses—CR rates of about 70%, median survival of 15 months, both of which are much higher than was achieved with single-agent azacitidine alone—there are certain molecular and cytogenetic subsets where the amount of benefits seems to be restricted. These include especially [those with a] FLT3 mutation, where in spite of good response rates, the median survival is only 11.5 months.”

When the triplet regimen was used in the frontline setting (n = 27), investigators observed an overall response rate (ORR) of 100%, including a complete response rate (CR) of 92%, a CR rate with incomplete recovery (CRi) of 4%, and a morphologic leukemia-free state (MLFS) rate of 4%. Patients with relapsed/refractory disease (n = 20) treated with azacitidine, venetoclax and gilteritinib had an ORR of 70%. This included a CR rate of 20%, a CRi rate of 15%, and an MLFS rate of 35%.

Additionally, 1 patient in the relapsed/refractory setting experienced a partial response (PR) while 5 did not respond to the triplet therapy. There were no reports of early death in either setting.

The findings also showed that 26% of patients had insufficient or aplastic bone marrow blasts, and 7% experienced 5% blasts or more in the frontline setting. The bone marrow response rates were 47%, 16%, and 37%, respectively in the relapsed/refractory setting.

Moreover, 82% and 43% of patients in the frontline and relapsed/refractory settings, respectively, were minimal residual disease (MRD)–negative by flow cytometry (10-4) and 89% and 57% were negative by polymerase chain reaction (10-2).

“This is a very promising signal,” Daver said. “It still is [an] early-phase study, so I don't think that this is something that can be widely adopted, especially outside of large academic centers, because one [has] to realize that [at] MD Anderson, we do have a lot of logistical support.

“We check bloodwork frequently; three times a week, we often admit these patients for the initial frontline therapy for about 3 to 4 weeks, we are able to do transfusion, same day, all of these patients are on prophylactic antifungal, antiviral, antibacterial. This is a good starting point to do larger studies.”

A Potent Combination for Those With High-Risk AML

Another set of early-phase findings (NCT04435691) showed that adding magrolimab to azacitidine and venetoclax was safe and yielded treatment responses in the frontline setting of newly diagnosed elderly or unfit patients with AML.2

The data also indicated that the triplet elicited modest activity among patients with high-risk and relapsed/refractory AML.

“Magrolimab is a CD47 antibody, [with] CD47 being probably the most important and interesting immunological pathway that has emerged in the last 5 to 7 years in myeloid malignancies,” Daver said. “This agent was developed to block the engagement between CD47 and SIRP alpha, which actually leads to inhibition of macrophages. By blocking this engagement, the macrophages are then able to attack, engulf, and kill tumor cells. This has especially been shown to be active in leukemias, myeloid diseases, and in lymphomas.”

The CR/CRi rate among the 43 patients in the frontline setting was 72%.

“For this very difficult population, this was actually very encouraging,” he explained. “We [also saw] that the duration of response has not been met for either the TP53-mutated and wild-type [population] with about a 13 to 14 month follow up. That's actually also quite an encouraging signal, [as] with TP53-mutated patients, we see [usually] see a duration of response of 4 to 6 months.”

At a median follow-up of 14.5 months in the de novo cohort (n = 33), a median duration of response had not yet been reached in either patient subgroup. However, the 18-month duration of response in the TP53 mutant patients was 52% vs 74% in those with wild-type tumors. The 12-month overall survival (OS) rate was 83% for those who were TP53 mutant and 53% for those who were wild type.

In a small cohort (n = 10) with secondary AML—cancer that has evolved from prior myelodysplastic syndrome or myeloproliferative neoplasms or occurred after prior exposure to treatment for another cancer—the triplet elicited a median OS of 7.6 months and 9.6 months in those with TP53 mutant and wild-type disease, respectively.

Menin Inhibition May Result in Long-Lasting Responses in AML Subset

Lastly, Daver touched on the potential of menin inhibition with revumenib, which yielded treatment responses in a population of patients with heavily pre-treated relapsed/refractory KMT2A-rearranged/NPM1-mutant AML.3

“Menin pathways emerged as one of the important targetable pathways in both AML and [acute lymphoblastic leukemia],” Daver said. “This is a very new pathway. Menin inhibitors have actually just been in clinical trials for the last 2 to 2.5 years.”

Updated results of the phase 1 AUGMENT-101 trial (NCT04065399) highlighted an ORR of 53% in a patient population assessing treatment efficacy(n = 60), including a CR rate of 20%, CR with incomplete hematologic (CRh) recovery of 10%, and CR with incomplete platelet (CRp) recovery of 8%. Additionally, 56% of patients were MRD negative.

Those with a CR or CRh had a median time to response of 1.9 months. Twelve responders went on to receive allogeneic stem cell transplant. Patients in the KMT2A-rearranged or NPM1-mutant populations had a median OS of 7.0 months. Revumenib was also found to downregulate FLT3 transcription, resulting in responses in those with co-mutations.

“For menin inhibition, the initial step, of course, is to try to get them FDA approved,” Daver concluded. “For that, I think the single-arm studies in relapsed refractory MLL-rearranged and NPM1-mutated patient will hopefully provide sufficient data on safety, efficacy, how to give these optimally, and how to manage differentiation syndrome to get them an FDA approval and path to market.

“Eventually, when you're hoping that they will improve the cure rates rather than just the medians, they will be best suited in my opinion and in the opinion of many of us at MD Anderson, in a combination [regimen].” 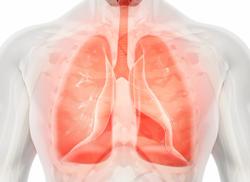