Meningiomas are tumors that arise along the meninges. They may occur intracranially or within the spinal canal, and are believed to originate from arachnoidal cap cells within the arachnoid layer covering the surface of the brain.

Approximately 2 of every 100,000 individuals each year will be diagnosed with a symptomatic meningioma. Of all primary intracranial neoplasms, meningiomas account for approximately 20%. Autopsy statistics indicate that 2.3% of the population has asymptomatic and undiagnosed meningioma lesions, so true incidence is slightly higher than currently stated. In 5-40% there is more than one meningioma lesion, especially when associated with neurofibromatosis type 2 (NF2).

They searched the National Cancer Database for patients diagnosed with WHO grade II or grade III spinal meningioma between the years of 2004 and 2015, including cases in which histopathology had been confirmed.

Close to one-half of the patients were treated in an academic or research program (45.3%; n [ 130,). Patients with WHO grade III lesions had treatment more quickly after being diagnosed, specifically at a mean rate of 10.8 days afterward. Some 4.2% (n [ 12) patients had an unplanned 30-day readmission after their surgeries, and two patients died within 90 days of their surgeries. Using multivariable analysis, the authors reported that there was no difference in survival between patients who had WHO grade II lesions, and those with WHO grade III lesions (hazard ratio, 2.01; 95% confidence interval, 0.89e4.52; P [ 0.09).

It was noted that patients diagnosed with WHO grade III spinal meningioma received treatment more quickly than did patients with WHO grade II lesions. This may be due to provider observations of rapidly progressing symptoms in the grade III group. In terms of overall survival, however, primary outcome remained largely the same between the groups, although those with grade III lesions did fare somewhat worse. Outcomes of 30- and 90-day mortality were also not notably different between the two groups, nor did 30-day unplanned readmission rates vary following surgery, in comparisons via histopathological diagnosis. 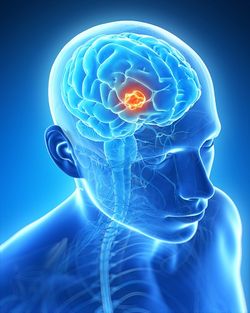