The combination was simultaneously approved in Australia and Canada and was the first such action under a new international collaboration.

The U.S. Food and Drug Administration approved the use of pembrolizumab in combination with lenvatinib for endometrial cancer, according to a press release from the agency. The approval is specifically for patients with advanced endometrial cancer that is not microsatellite instability high (MSI-H) or mismatch repair deficient (dMMR) and who have disease progression following prior systemic therapy but are not candidates for curative surgery or radiation.

Through an international collaboration, the drug was approved in Australia and Canada at the same time. This is the first approval under such a collaboration.

The recommended dose is lenvatinib 20 mg orally once daily with pembrolizumab 200 mg administered as an intravenous infusion over 30 minutes every 3 weeks.

The combination was approved following review conducted under Project Orbis, an intiative of the FDA Oncology Center of Excellence which provides a framework for concurrent submission and review of oncology drugs among international partners. The FDA approved the combination with the Australian Therapeutic Goods Administration and Health Canada.

Efficacy of the drugs together was investigated in Study 111/KEYNOTE-146 (NCT02501096), a single-arm, multicenter, open-label, multi-cohort trial that enrolled 108 patients with metastatic endometrial cancer that had progressed following at least one prior systemic therapy in any setting. Patients took 20 mg of lenvatinib orally once daily in combination with 200 mg of pembrolizumab administered intravenously every 3 weeks until unacceptable toxicity or disease progression. Among the 108 patients, 94 had tumors that were not MSI-H or dMMR, 11 had tumors that were MSI-H or dMMR, and in 3 patients the tumor MSI-H or dMMR status was not known.

The major efficacy outcome measures were objective response rate (ORR) and duration of response (DOR) by independent radiologic review committee using RECIST 1.1. The ORR in the 94 patients whose tumors were not MSI-H or dMMR was 38.3% (95% CI: 29%, 49%) with 10 complete responses (10.6%) and 26 partial responses (27.7%). Median DOR was not reached at the time of data cutoff and 25 patients (69% of responders) had response durations ≥6 months. 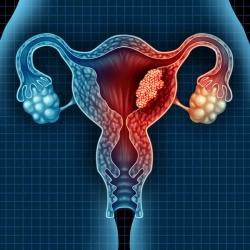 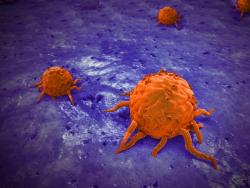