The aim of this Chinese study was to evaluate the influencing factors of perioperative renal function change and their relationship with prognosis in patients with renal cell carcinoma and tumor thrombus after nephrectomy and thrombectomy.

In a study published in BMC Cancer, researchers in China found that in patients with renal cell carcinoma (RCC), renal function change, which was associated with preoperative estimated glomerular filtration rate (eGFR) and pathological type, was a prognostic risk factor for cancer-specific survival (CSS).

The aim of the study was to validate previous conclusions, while also looking at the influencing factors of perioperative renal function change and their relationship with prognosis in patients with RCC and tumor thrombus (TT) after nephrectomy and thrombectomy.

“In RCC patients with TT, [radical nephrectomy; RN] with thrombectomy combined with metachronous adjuvant therapy seems to be the most effective methods to better prognosis,” the authors wrote. “However, this surgical method might have effect on renal function owing to the loss of renal tissue and targeted therapy also has a certain impact on serum creatinine in patients with advanced RCC.”

Researchers indicated that in their single-institution experience, the cause of renal insufficiency after RN with thrombectomy consists of at least 2 aspects. The first is renal ischemia due to uninjured renal vein occlusion during operation. The second may be caused by insufficient circulation volume due to a significant amount of bleeding during operation.

Moreover, it was suggested that the urine color and volume be closely monitored during operation. Additionally, several serum markers, such as serum creatinine, urea, and electrolyte levels, should also be observed. For those with oliguria, increased serum creatinine, or urea, it was recommended for physicians to supply blood volume and perform diuretic therapy in time, making blood dialysis therapy as well if deemed necessary.

“The renal function is truly influenced by many factors. Our article only lists some of them, which is not comprehensive enough,” the authors wrote. “However, there seems to be less studies about renal function changes in TT patients in our knowledge and our study has obtained some conclusion for foundation of further research.”

The researchers went on to indicate that future research requires a larger cohort performed at multiple centers, as well as prospective studies. “We expect a new more complex index including all prognostic predictors in assessing the change of perioperative renal function of patients following RN with thrombectomy in the future.” 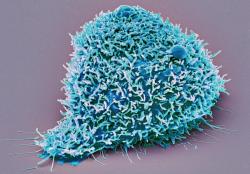