Our knowledge of how to best develop and use targeted therapies for cancer remains nascent, and optimizing the use of such treatments will likely require answering one other question that I have paraphrased from the Passover Haggadah: How is this tumor different from all other tumors?

There can no longer be any doubt that the development of targeted therapies for cancer has fundamentally changed the ways in which we develop new drugs for cancer, select treatment for patients, design and conduct clinical trials, assess treatment outcomes, and manage the costs of cancer care. Many cancer patients now have more treatment options than ever before, often with oral treatments that are more effective and less toxic than the traditional cytotoxic regimens of the past. It is equally true, however, that the development of targeted therapies has introduced many new challenges in cancer drug development and treatment, including the need to develop robust predictive biomarkers, to identify novel clinical endpoints that are likely to reflect clinical benefit, to design efficient clinical trials, and to understand and effectively manage the oftentimes rapid emergence of drug resistance.

In this issue of ONCOLOGY, Drs. Wu, Joseph, and Muggia present the first of a two-part overview of the status and promise of targeted therapy in the management of solid tumors.[1] They provide a concise summary and excellent examples of how targeted therapies have dramatically altered the treatment options and outcomes for patients with renal cell carcinoma, hepatocellular carcinoma, melanoma, gastrointestinal stromal tumors, and other sarcomas. They organize their discussion around “four fundamental questions” regarding targeted therapies:

1. What is the underlying tumor biology that is
being targeted?

2. How targeted are the so-called targeted drugs?

3. Is the targeted therapy also suitable for immunomodulation and/or immunoconjugation?

4. In what way does the targeted therapy constitute a meaningful improvement over chemotherapy?

I would suggest that these questions, while seemingly important and relevant, fail to address some of the critical issues that must be considered in the development of targeted therapies for cancer, and instead would revise some questions and substitute others:

1. Is the tumor biology being targeted a critical driver of one of the “hallmarks of cancer”?[2]

2. Is the targeted tumor biology important in the context of the cancer being treated?

3. Is the altered tumor biology stable both spatially and temporally?

4. Is it possible to identify patients most likely to benefit from the targeted therapy?

The concept of targeted therapy is not new. Many of the earliest chemotherapy drugs, such as methotrexate and 5-fluorouracil, are, in fact, targeted against specific enzymes to which they bind with high affinity. Assuming a robust and potent drug–target interaction, the issue is not “how targeted is the targeted drug,” but rather whether the target is biologically important and unique to the cancer cell. Imatinib (Gleevec) is far more effective in treating chronic myeloid leukemia (CML) than hydroxyurea (also a targeted drug) because it inhibits a kinase that is both a driver of the malignant phenotype and found uniquely in CML cells, whereas ribonucleotide reductase (the “target” of hydroxyurea) is neither a driver of malignancy nor unique to CML cells.

While the mutational profile of a tumor is clearly emerging as a key guidepost for therapy selection, it has also become clear that the detection of a mutation might not be sufficient to select a treatment program, as mutations have different impacts in different biological contexts. Wu and colleagues rightly cite the example of vemurafenib (Zelboraf) as a potent and effective inhibitor of the BRAF V600E mutation in melanoma, yet the same drug targeted against the same mutation in colorectal cancer has been ineffective.[3] Emerging biological insights suggest that in patients with colorectal cancer, this may be due to enhanced signaling through the epidermal growth factor receptor (EGFR) pathway in the presence of BRAF inhibition.[4-6] In contrast to colorectal cancer, the EGFR pathway is not highly active in nonepithelial tumors such as melanoma.

The application of fundamental concepts of evolutionary biology to the study of cancer has revealed that tumors are not static, either spatially or temporally. That is, within any given region of a tumor, cells vary in their gene expression and mutational profiles, and tumors evolve over time in the patient, often in response to the selection pressure of treatment.[7,8] These observations challenge our thinking about how best to apply targeted therapies. Is a biopsy necessary every time a clinical decision needs to be made? Is a biopsy even relevant to clinical decision-making in view of the enormous heterogeneity that likely exists in every tumor? Since it is more likely in cancer that signaling networks are aberrant rather than signaling pathways,[9] should we apply combinations of agents and, if so, at what doses and in what sequence, and targeted at which node in the network? Recent clinical data suggest that targeting the HER2 (human epidermal growth factor receptor 2) node with the combination of trastuzumab (Herceptin) and pertuzumab (Perjeta) is more effective than trastuzumab alone in patients with HER2-positive breast cancer, and further research will determine whether such a strategy is effective in other tumor types or signaling networks.[10] Trastuzumab and pertuzumab bind to different parts of the HER2 protein and are believed to have complementary activity. Pertuzumab, a HER2 dimerization inhibitor, prevents pairing of HER2 with other proteins in the HER2 family, particularly pairing between HER2 and HER3, a dimer that is believed to be important in initiating signals that stimulate tumor growth and survival.

A key element of optimizing delivery of targeted therapy for cancer is the development and use of biomarkers to identify patients most likely to benefit from treatment. Notably, most of the targeted-therapy examples given by Wu and colleagues do not rely on predictive biomarkers for their clinical use. Perhaps that explains, in part, why agents such as sorafenib (Nexavar) for hepatocellular carcinoma provide statistically significant but clinically modest treatment benefits.[11] We simply cannot yet identify those patients most likely to benefit from treatment. The same can be said for use of bevacizumab (Avastin) in any clinical setting or for erlotinib (Tarceva) in pancreatic cancer, or even for newer agents such as regorafenib in advanced colorectal cancer.[12] Even when we have a strong predictive biomarker for therapy selection, responses to targeted therapies are frequently transient, as drug-resistant clones rapidly emerge. Vemurafenib responses in BRAF-mutant melanoma are at once startling and deeply disappointing, as multiple mechanisms of resistance to this drug can emerge, leading to rapid disease progression after transient regression.[13,14]

Whether the targeted therapy “constitutes a meaningful improvement over chemotherapy” seems to me rather irrelevant. The important question is whether the targeted therapy is safe and effective compared with prevailing standards of care in the relevant patient population. With the advent of molecular subtyping of solid tumors, it is essential to understand whether the molecularly defined subtype has a natural history that is the same as or different from the unselected patient population. It is well known, for example, that patients with non–small-cell lung cancer (NSCLC) and sensitizing EGFR mutations have a better prognosis than those whose NSCLC lacks such mutations.[15] Thus, one might expect that patients with NSCLC who are selected to receive erlotinib or gefitinib (Iressa) based on the presence of sensitizing EGFR mutations might have better outcomes independent of any beneficial effect of the targeted agents, and comparing their outcomes to those of unselected patients treated with chemotherapy seems irrelevant and can be misleading.

Wu and colleagues build their assessment of targeted therapies for cancer around four important questions but, as is so often the case in science, the questions they pose lead not to answers but to additional and more complex questions. Our knowledge of how to best develop and use targeted therapies for cancer remains nascent, and optimizing the use of such treatments will likely require answering one other question that I have paraphrased from the Passover Haggadah: How is this tumor different from all other tumors? 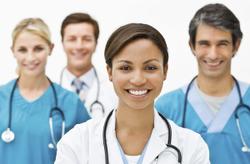