John Kirkwood, MD, PhD, provides an overview of the treatment options for patients with melanoma.

Matthew Fowler: Hello and welcome to this Contemporary CancerNetwork® OncView™ program titled, “Immunotherapy Response Monitoring in Melanoma.” I’m Matthew Fowler, editor with CancerNetwork®. We have with us today Dr John Kirkwood, director of the melanoma center at the University of Pittsburgh Medical Center Hillman Cancer Center. Thank you for joining us today, Dr Kirkwood. Let’s get started.

Matthew Fowler: First, I want to start with treatment options in melanoma. What are the approved therapies for melanoma?

John Kirkwood, MD, PhD: It’s been a remarkable ride, having been in melanoma therapy for the better part of 50 years. It’s humbling to think that for the first 40 of those years, we had no treatments that were survival improving. For advanced metastatic disease, we had no effective adjuvant therapies until the late ’90s. Now we have more than a dozen approved survival-improving therapies for metastatic disease, and we have another more than half dozen available for the adjuvant treatment of patients who’ve had resection, who have a residual high risk of relapse that we want to mitigate. It’s really become a wonderful diametrically opposite situation from what we had just 10 years ago when we were still giving chemotherapy. We were still giving combinations of chemotherapy that were toxic and had no demonstrable survival benefit in this disease of melanoma.

Matthew Fowler: How do you select the best therapy for a given patient? What are the factors that you consider?

John Kirkwood, MD, PhD: Categorically, when we think about melanoma, we dichotomize the disease into 2 major categories. Those patients who have a mutation in the gene known as BRAF are candidates for inhibitors of BRAF and the downstream MEK gene that are part of the mitogen-activated protein kinase pathway that are hugely effective at remitting disease, and quickly remit disease. For patients who have BRAF and what are known as the V600E or the V600K mutations, these are therapies of extremely rapid benefit, and they have benefits in metastatic disease that were, when we first observed them, truly miraculous. They have now, since 2017, also survival benefit, durable at well over 3 years in the adjuvant setting, with dabrafenib and trametinib combined. That benefit has been one of the truly remarkable stories of progress in this disease in the advanced setting, as well as in the adjuvant setting over the past decade.

For those patients who don’t have a BRAF mutation, we consider other things that may be important for the immune response that we hope to then manipulate to therapeutically improve their situation to regress disease, or in the case of the adjuvant setting, to prevent its return. There we have an expanding array, which continues to expand even this year in June, with the first-generation checkpoint inhibitors available and first shown to be of benefit in metastatic, unresectable disease. In 2011, the second-generation inhibitors that became available, better known as programmed-death inhibitors, where the first were known as cytotoxic-T lymphocyte antigen-4 [CTLA-4] inhibitors, those second-generation inhibitors became available only a few years after the advent of the first generation. Their benefit was more than several times better, the response rate was 30% to 40%, where the response rate to the first generation was 10%; the toxicities were 3 or 4 times less. We had agents that were therefore many times more effective than the first-generation, single-agent CTLA-4 blockade agents that transformed the field in 2011.

As of this past June, we have the first representative of the third generation of checkpoint molecules, what is known as LAG-3. It has come of age in a trial called RELATIVITY-047 presented to the ASCO [American Society of Clinical Oncology] meetings and showing benefits over PD-1 inhibitors alone, over nivolumab alone. This may take us a step forward because their toxicities were considerably less than the toxicities of the prior double checkpoint inhibitor therapy, known as CTLA-4/PD-1 blockade, or IPI/NIVO [ipilimumab/nivolumab] as a combination.

We also saw the first evidence that the first doublet CTLA-4/PD-1 is significantly better, not only in terms of progression-free survival, but now in terms of overall survival, than the PD-1 alone. With the advent of this new LAG-3/PD-1 combination, we have a brightening future for patients, even those who don’t have BRAF mutations and the access to the oral BRAF/MEK inhibitors. There’s a division of the field into BRAF-mutated and BRAF wild-type, the major divide that we have. In patients with advanced disease, we also think about how symptomatic the patient is, how acute the treatment benefit needs to be, and the overall comorbidities of the patient when thinking about what therapies they are best to be advised to pursue.

Matthew Fowler: You touched on a lot of the treatment effectiveness for patients. How do you weigh those 2 variables, efficacy versus safety, when deciding on a treatment?

John Kirkwood, MD, PhD: It’s a shared journey with the patient. We need to go through the description of all of the potential toxicities, all of the potential benefits in terms of progression-free survival and overall survival, and then let the patient decide whether they want to pursue very aggressive therapy with potentially significant immune-related adverse events, or single-agent therapies, which have arguably, up until this year, been of similar benefit in terms of overall survival. As we have FDA action at some point later in the year for LAG-3, even better combinations may have the benefits without all of the toxicities that we’ve seen from prior CTLA-4/PD-1 blockade in these patients.

This transcript has been edited for clarity.

Considerations for Immunotherapy Use When Treating Melanoma 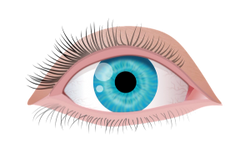 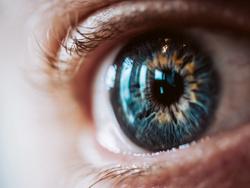