Data published in Cancer found adjuvant radiotherapy after distal cholangiocarcinoma resection was associated with a survival benefit for patients, regardless of margin or nodal status.

Patients who underwent adjuvant radiotherapy (RT) after resection of distal cholangiocarcinoma (dCCA) experienced a survival benefit, even in those with margin-negative or node-negative resections, according to data published in Cancer.

Because of this survival benefit association, the investigators suggest that adjuvant RT be considered routinely after resection of dCCA, regardless of margin and nodal status.

“In this large national registry analysis including 8233 patients, adjuvant RT after resected dCCA was associated with improved survival after multivariable adjustment and accounting for treatment-selection bias,” wrote the investigators. “Subset analyses revealed that this benefit was maintained irrespective of pathological nodal and margin status.”

After propensity score matching was used to account for treatment-selection bias, adjuvant therapy was associated with improved survival, with medians of 29.3 versus 26.8 months (P <.001).

“In this large nationwide retrospective study, adjuvant RT was associated with a survival benefit in patients with resected dCCA, regardless of pathological nodal involvement, resection margin status, and receipt of adjuvant CT,” wrote the investigators. “These data suggest adjuvant RT should be broadly considered in the multimodality treatment of dCCA.”

The team of investigators identified patients undergoing pancreatoduodenectomy for nonmetastatic dCCA via the National Cancer Database from 2004 to 2016. Patients who underwent neoadjuvant RT and chemotherapy with survival of less than 6 months were excluded from the study’s population.

Even though the investigators utilized propensity score matching to eliminate treatment-selection bias, they acknowledge that a limitation of the research is the potential that residual bias remains. More, the duration of adjuvant chemotherapy and the specific regimens utilized are not readily available via the National Cancer Database. This limited the team’s ability to analyze the role of adjuvant RT-sensitizing chemotherapy with survival benefits.

“Broad acceptance of the routine use of adjuvant RT in dCCA would also support its use in the neoadjuvant setting, just as in pancreatic cancer, so that postoperative complications have less impact on the completion of multimodality therapy,” wrote the investigators. 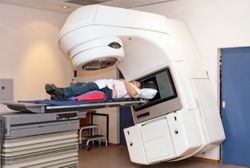