Adding bevacizumab to paclitaxel did not improve outcomes in a phase II trial of patients with angiosarcoma.

Adding bevacizumab to paclitaxel did not improve outcomes in a phase II trial of patients with angiosarcoma. The combination was similarly active to paclitaxel monotherapy, but there was added toxicity with bevacizumab, suggesting further investigation is not warranted.

Angiosarcoma accounts for a small proportion of soft-tissue sarcomas (less than 2%), but outcomes with angiosarcoma are poor. Prior work has shown that angiogenesis plays a large role in angiosarcoma proliferation, suggesting angiogenesis inhibition could offer benefit.

The new study, led by Nicolas Penel, MD, PhD, of Centre Oscar Lambret in Lille, France, enrolled 52 patients and randomized 50 to either paclitaxel alone (26 patients) or paclitaxel in combination with bevacizumab (24 patients). Seventeen patients had visceral angiosarcoma, and 24 had radiation-induced angiosarcoma; the most common primary sites were the breast (49%) and the skin (12%). Patients in both groups were followed for a median of 21 months, and the results were published online ahead of print in the Journal of Clinical Oncology.

The primary objective was met in both groups: more than eight patients were progression free at 6 months (14 non-progressions in each group). The objective response rate at 3 months was 45.8% with monotherapy and 28% with the combination.

The median overall survival was 19.5 months with paclitaxel alone, compared with 15.9 months with the addition of bevacizumab.

There were no drug-related serious adverse events (SAEs) in the paclitaxel alone group, but there were 10 SAEs in 8 patients in the bevacizumab group. One patient died due to an intestinal occlusion, which was deemed to be related to the study treatment.

“At the end of this trial, despite its non-comparative nature, we do not recommend the addition of bevacizumab to paclitaxel once per week for the treatment of advanced angiosarcoma,” the authors concluded. 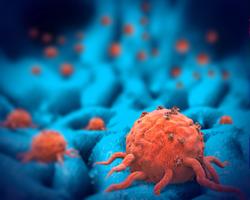