By the year 2020 it is estimated that about 18% of the US population will be Medicare eligible and growing advances in the treatment of cancer have significantly increased the number of cancer survivors. These two growing populations have large implications on the demand for cancer services.

By the year 2020 it is estimated that about 18% of the US population will be Medicare eligible and growing advances in the treatment of cancer have significantly increased the number of cancer survivors. These two growing populations have large implications on the demand for cancer services.

“Providers looking to capture this growth must build a differentiated program that is indispensable to patients and payers,” said Trever Burgon, PhD, vice president at Sg2, a company that provides analytics-based forecasts designed to help drive growth.

The many advances in cancer care that have taken place recently have not come without a cost. Studies have shown that cancer patients/survivors account for about 0.5% of the US population but about 6% of health care expenditures. Additionally, 46% of uninsured and 22% of insured patients report spending all or most of their savings on treatment.

However, health care is in a great period of change. The Patient Protection and Affordable Care Act has led to an expansion of insurance, has created new insurance rules such as eliminating copays for preventive care and removing lifetime caps on coverage, and has launched CMS payment pilots including Accountable Care Organizations.

Burgon said that he believes the bigger changes are occurring within commercial payer strategies. A cost shift has occurred shifting more cost toward patients, and payer models are beginning to change as the marketplace incorporates bundled payments, narrowing networks, and other changes.

For example, in the cancer arena, a recent Associated Press survey found that many of the country’s NCI designated cancer centers are not included in a majority of the new insurance exchanges.

“It is estimated that about 70% of plans on insurance exchanges are considered to be narrow networks,” Burgon said.

Burgon shared with attendees Sg2 predictions for the areas of future growth within oncology. For example, the estimated 7 million people enrolling in insurance exchanges will mean an influx of patients aged 65 years or younger with insurance. Data indicates that the greatest proportion of patients with cervical cancer (92%), Hodgkin lymphoma (79%), thyroid cancer (71%), testicular cancer (68%), and brain cancer (62%) are in this patient population. However, when Sg2 looked at the data by volume of outpatients, breast cancer had the greatest number of patients aged younger than 65 years.

According to Burgon, demand for services is not going to increase uniformly across all cancer services. To examine which areas might see the most growth, Sg2 considers multiple “impact factors” such as population growth, but also epidemiology, economics, systems of care, and innovation and technology.

For example, although the use of screening mammography is likely to increase due to a population growth and the change to insurance that now covers preventive services like mammography, things such as the ongoing controversy surrounding mammography guidelines may drive down demand, resulting in a growth rate that is actually smaller than the expected growth in population.

Considering all these factors, Sg2 is forecasting that inpatient cancer discharges are likely to grow during the next decade, but only at a small fraction of the expected growth in population. Although screening for lung cancer and colorectal cancers are predicted to increase inpatient volumes due to an increase in surgical procedures, albeit at a slower rate than the population growth, other areas, such as a decrease in inpatient prostate cancer procedures, will likely slow growth.

In contrast, the company anticipates that outpatient cancer volumes will grow at a substantially larger rate than the expected growth in population. Burgon said that the company anticipates strong growth for visits, including nontraditional visits such as virtual interactions with providers. Other areas of expected growth are chemotherapy, advanced imaging, and radiation therapy.

•Quality – such as showing documented adherence to evidence-based pathways;

•Cost – such as reducing unnecessary utilization;

•Technology – use of imaging and pathology that gets the right diagnosis and providing patients to a full range of treatment options;

•Coordination – providing patients with multidisciplinary coordination and integration with their primary care provider;

•Service – building a culture dedicated to patients satisfaction and education.

If cancer centers can differentiate themselves from their competitors and make themselves indispensable to patients they can begin to start to take advantage of this and other growth opportunities that will present themselves in the coming years. 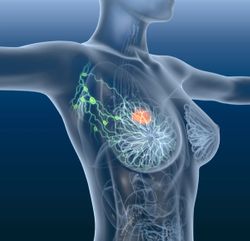 Francesco Ravera, MD, PhD, on How cfDNA for pCR Assessment May Spare Biopsies in Breast Cancer