Proton RT has been reported as a promising therapy that reduces acute as well as late toxicity. In the treatment of breast cancer, early reports suggested that dermatologic toxicity increased after passively scattered proton RT, but studies also point to the importance of sufficient treatment duration for optimal cancer outcomes, thus the importance of feasibility testing.

Definitive chemoradiation concurrent with 5-FU/MMC for localized anal cancer is associated with high rates of organ preservation and overall survival, but as with breast cancer, toxicity has been a concern. In this study, reported rates of grade 2+ toxicities were not unlike RTOG 05-29 rates of grade 2+ toxicities, meaning that it is possible that protons may not provide enough benefit to risk ratio in comparison with intensity modulated RT. This may be because 5-FU and MMC contribute significantly to toxicities in this treatment setting. In fact, grade 3+ gastrointestinal toxicity was slightly higher in this study (36% vs 21% in RTOG 05-29), which seemed to be an anomaly when considering the potential of proton RT to preserve anterior organs that might otherwise be affected. This may have been due to the comorbidities that multiple patients in the study had (total body irradiation [n = 1], and inflammatory bowel disease [n = 2]). Further studies may clarify the role of PBS-PT as it relates to toxicity. In the future, treatment strategies with dose de-escalation for early stages of cancer and using capecitabine in lieu of bolus 5-FU may prove a worthwhile strategy for attempting to mitigate RT-related side effects.

The overall rate of clinical complete response in this study was 88%, suggesting that PBS-PT with concurrent 5-FU and MMC is feasible in the clinical setting. 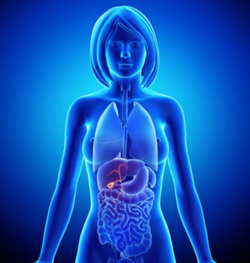