Clinical Trials and NCI Resources for Cancer in HIV-Positive Patients

The association between HIV infection and the development of cancer was noted early in the acquired immunodeficiency syndrome (AIDS) epidemic. The AIDS-defining malignancies are Kaposi’s sarcoma, intermediate- or high-grade B-cell non-Hodgkin’s lymphoma (NHL), and cervical cancer. All of these cancers feature specific infectious agents in their etiology. These agents are human herpesvirus 8/Kaposi’s sarcoma-associated herpesvirus, or HHV-8/KSHV (implicated in Kaposi’s sarcoma), Epstein-Barr virus, or EBV (in primary central nervous system lymphoma and a subset of systemic B-cell NHL) and human papillomavirus, or HPV (in cervical cancer).[1]

The Effect of HAART

Clinical Trials Referral Resource is designed to serve as a ready reference for oncologists to help identify clinical trials that might be suitable for their patients. We hope it will also enhance accrual to clinical trials by informing practicing oncologists of ongoing protocols. Currently in the United States less than 10% of eligible adult patients are entered into clinical trials. The result is a delay in answering important therapeutic and scientific questions and disseminating therapeutic advances to the general oncology community.

It should be emphasized that including a specific trial does not imply that it is more important than another trial. Among the criteria for selection are that the trial is addressing an important question and is not expected to close in the immediate future (less than 1 year), and that initial staging or laboratory tests required for patient eligibility are widely practiced and available. Information on other protocols can be accessed via Physician’s Data Query (PDQ).*

We emphasize that this is an attempt to encourage referral of patients to these trials. We are specifically not soliciting additional members for the cooperative groups, nor are we suggesting how practicing oncologists should be treating patients who are not in a study.

This month’s installment of Clinical Trials Referral Resource is devoted to clinical trials and NCI resources for cancer in HIV-positive patients.

* PDQ is a comprehensive database service provided by the National Cancer Institute’s International Cancer Information Center and Office of Cancer Communications for retrieval of cancer treatment information, including peer-reviewed statements on treatment options, supportive care, screening, and prevention; and an international clinical trials registry. For more information on PDQ, online access is available at www.cancer.gov/cancer_information/pdq/, or contact the Cancer Information Service offices (1-800-4-CANCER).

Although the types of related cancers have not substantially changed sincethe beginning of the AIDS epidemic, the incidence of certain cancers hasmarkedly changed with the use of highly active antiretroviral therapy (HAART).Populations with access to HAART have shown a substantially reduced incidence ofKaposi’s sarcoma and primary central nervous system lymphoma and a muchsmaller decrease in other types of NHL.[2] However, long-term cancer risks areas yet unknown. Kaposi’s sarcoma remains the most commonly diagnosedAIDS-related cancer.[3] NHL, a late and frequently systemic complication ofAIDS, occurs in approximately 5% of cases.[4]

The longer life expectancy of HIV-positive individuals with access to HAARTmay increase their cumulative risk of developing cancer. In this context, we maysee an increase in incidence of the following: (1) non-AIDS-defining cancersincluding Hodgkin’s disease and lung cancer (Hodgkin’s disease is currentlythe most frequently diagnosed non-AIDS-defining cancer that is clearly relatedto immunosuppression)[9,5]; (2) progression of high-grade squamousintraepithelial lesions to cancer; (3) T-cell NHL[10]; and (4) possibly aresurgence of Kaposi’s sarcoma. Advances in the understanding of thepathogenesis of AIDS malignancies have allowed the development of targetedtreatment strategies. This, coupled with the decreased morbidity from cancertherapies in HAART-treated HIV-positive patients, provides the opportunity formore targeted or more aggressive regimens that have the potential to lengthenthe patient’s survival.

Treatments of AIDS malignancies have followed conventional cytotoxicchemotherapy approaches and also newer, targeted approaches aimed at interveningin critical pathogenic pathways. The following examples are given for Kaposi’ssarcoma, NHL, and the anogenital dysplasias.

AIDS-related Kaposi’s sarcoma is a tumor of the vascular endothelium thatmay present with cutaneous lesions, either with or without visceral organinvolvement, or with lymphadenopathy. The etiology of the disease includes anintricate relationship between HHV-8/KSHV, aberrant cytokine production,angiogenic factors, and immune dysregulation. Multiple treatment options aimedat each of the players in the pathogenesis of Kaposi’ sarcoma areavailable.[11,12] Local therapies include cryotherapy, laser therapy, localradiation, intralesional injection of chemotherapy, topical alitretinoin gel,and surgical excision. However, because Kaposi’s sarcoma is a systemicdisease, recurrence is common with local therapy.

Disseminated disease is treated with systemic agents, either with drugs orbiologic agents, such as the vinca alkaloids, liposomal anthracyclines,paclitaxel, and interferon-alpha. Therapeutic approaches that target pathogenicpathways have shifted the focus to include: (1) the antiangiogenesis compoundsthalidomide (Thalomid), COL-3, and IM862; (2) retinoids that inhibit interleukin(IL)-6, a cytokine involved in tumor growth of Kaposi’s sarcoma; and(3) IL-12, which has immunomodulatory, antiviral, and antiangiogeniceffects. Another intriguing but as yet untested possibility is the use ofantiviral agents to inhibit HHV-8/KSHV gene expression.

Systemic AIDS-NHL is a histologically heterogeneous group of malignanciesnormally of B-cell phenotype, although cases of T-cell AIDS-NHL have beendescribed.[9,10] Chronic B-cell stimulation from HIV infection, increasedexpression of cytokines involved in B-cell proliferation, and expression ofcertain EBV genes are involved in various aspects of the pathogenesis of NHL.Standard treatment regimens include cyclophosphamide (Cytoxan, Neosar),doxorubicin HCl, vincristine (Oncovin), and prednisone (CHOP), and variations ofCHOP with infusion regimens such as cyclophosphamide, doxorubicin, and etoposide(CDE) and etoposide, prednisone, vincristine, cyclophosphamide, and doxorubicin(EPOCH) with some studies reporting response rates above 70%.[13,9] However, therelapse rate is high with most of the bolus CHOP regimens, and overall survivalrates are not clearly improved.

Cytotoxic regimens can be combined with immune system modulators such as IL-2or IL-12, or with monoclonal antibodies against malignant cell targets such asanti-CD20.[14] Other interesting approaches include stem cell transplantation toboth restore immune function and treat lymphoma via a graft-vs-lymphomaeffect[15], or generation of cytotoxic T lymphocytes against EBV genes expressedin NHL.[16]

To stimulate and facilitate the integration of knowledge from the biology andepidemiology of the AIDS malignancies with the development of treatmentstrategies, the NCI has developed a multicomponent AIDS Malignancy Program. TheAIDS Malignancy Program was designed to assist the research community instudying the interplay of viruses, immune dysfunction, aberrant growth factorexpression, and the development of cancer in AIDS patients, with the goal ofdeveloping more effective treatment regimens. A description of each component isgiven below.

The AIDS Malignancy Consortium (AMC) was developed in 1995 to facilitatethe rapid evaluation of hypothesis-driven phase I, II, and III multicenterclinical trials that utilize the expertise of both the National Cancer Institute(NCI)- and National Institute of Allergy and Infectious Diseases(NIAID)-sponsored clinical scientists. Their charge is to identifyhypothesis-driven therapeutic approaches for the treatment of malignancies inAIDS patients. These approaches include biologic therapy using IL-2, IL-12,interferon-alpha, monoclonal antibodies directed against B-cell targets,cytotoxic T lymphocytes directed against viral targets, immune-based therapy,stem cell reconstitution, angiogenesis inhibitors, therapeutic vaccines, and thetraditional cytotoxic chemotherapy regimens often in combination with a biologicor immunologic approach. In addition to assessing potential antitumor activityand drug-drug interactions, the AMC also evaluates the impact of therapy onviral load and underlying immune function. Additional information about the AMCcan be obtained at http://www.amc.uab.edu.

The AIDS and Cancer Specimen Bank (ACSB) was established in 1994 toidentify and improve access to well-characterized tissue, fluids, and associateddemographic and clinical data collected from HIV-positive patients andHIV-negative controls, and to encourage and facilitate AIDS-related cancerresearch. The ACSB contains over 30,000 specimens collected from cohort studies,clinical trials, and other research including international sources. Informationon which specimen types are available and how to obtain them can be found at http://acsb.ucsf.edu.

The AIDS Malignancy Working Group (AMWG) was established in 1996 and ischarged with identifying the major areas of research priorities in AIDSmalignancies. It is a multidisciplinary group that includes members from boththe intramural and extramural component of the National Institutes of Health(NIH), researchers outside of NIH, and community representatives. The group isconvened annually to discuss the biomedical opportunities for AIDS malignancies,the clinical gaps in our knowledge, and the mechanisms to move the researchforward and address specific issues. Summaries from recent meetings of the AMWGare available at http://deainfo.nci.nih.gov/advisory/pog/other_wg/aids/.

The International Conference on Malignancies in AIDS and OtherImmunodeficiencies: Basic, Epidemiologic and Clinical Research (ICMAOI) is aforum for the presentation of basic, epidemiologic, and clinical aspects ofresearch on malignancies in HIV-infected and other immunosuppressed individuals.The objective is to enable the exchange of information between laboratory andclinically based investigators to decrease the interval between basic discoveryand clinical application. The scope of the conference includes basic andclinical research on the viral oncology, immunology, genetics, epidemiology,pathogenesis, drug discovery, early diagnosis, and clinical investigation ofmalignant diseases in AIDS and other immunodeficiency states including organtransplantation. The ICMAOI is held annually in the spring on the NIH campus,and the sixth annual conference is scheduled for April 22-24, 2002. Forregistration and additional information, see http://cancer.gov/dctd/aids/conference.

The AIDS Oncology Resources Handbook provides a comprehensive list of theclinical and laboratory research resources that receive NCI funding. A briefsynopsis of the research studies and recent accomplishments is provided as wellas personnel contact information. The Handbook can be viewed in its entirety at http://ctep.cancer.gov/resources/aids.html.

The NIH Inter-Institute Pilot Program for the Development of AIDS-RelatedTherapeutics is a joint effort between the National Institute of Allergy andInfectious Diseases (NIAID) and the NCI. The program is targeted at facilitatingthe preclinical development of therapies for the treatment of HIV disease,AIDS-associated malignancies, opportunistic infections associated with AIDSincluding tuberculosis, and microbicides directed against HIV. The programassists investigators from academic institutions, nonprofit researchinstitutions, and biotechnology and small pharmaceutical companies by providingfacilitated access to the NIH contract resources for therapeutics development.Additional information and application receipt dates can be found at http://dtp.nci.nih.gov/docs/dart/dart.html.

Following is a list of currently active trials sponsored by the NCI.Information about these studies can be obtained from the principal investigatorsor contacts listed for each trial or from Ellen Feigal, MD, at (301) 496-6711 oref30d@nih.gov, or Jodi Black, PhD, at (301) 402-6293 orblackj@mail.nih.gov.

16. Savoldo B, Heslop HE, Rooney CM: The use of cytotoxic T cells for theprevention and treatment of Epstein-Barr virus induced lymphoma in transplantrecipients. Leuk Lymphoma 39:455-464, 2000. 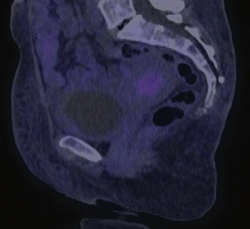