Confusion over important prognostic indicator may lead to unnecessary treatment.

The presence of microsatellite instability identifies colorectal cancer patients who can most likely avoid adjuvant chemotherapy. But based on the results of a recent survey, many oncologists do not know how to use this prognostic marker to guide treatment options for their patients.

Mismatch repair (MMR) status of the primary tumor has prognostic implications in stage IIa CRC. MSI may lead to tumor suppressor gene inactivation by alteration of microsatellite sequences in functional regions of genes required for the repair of base-base mismatches in DNA. When MSI is high and MMR is deficient, the expected five-year survival exceeds 90% vs less than 75% for a microsatellite stable (MSS) profile.

When asked if they would treat rather than observe a patient with stage IIa CRC with high MSI, respondents split 50/50-a result that surprised the survey's creators. "In a survey of over 300 medical oncologists conducted right after ASCO 2009, half the respondents missed this. We find that to be sad," said Joel H. Schwartz, MD, presenting his group's study at the 2010 Gastrointestinal Cancers Symposium (abstract 476).

"It tells us that information about MSI has not been clearly articulated and that we oncologists need to keep learning," added Dr. Schwartz, director of oncology services at Massachusetts General/North Shore Cancer Center in Danvers.

For this assessment of physician behavior in various clinical scenarios, prescribing plans of 340 oncologists in the U.S. were assessed at four time points over six weeks in the summer of 2009.

The hypothetical patient was a 67-year-old man with stage IIa (T3N0M0) CRC and no high-risk features. The survey first asked whether adjuvant chemotherapy would be recommended, and the responses were averaged over the four test periods (see Table).

"We then studied the same scenario but provided data concerning MMR status of the primary tumor, either high MSI or MSS, and asked the same oncologists whether they would plan post-op observation or give adjuvant chemotherapy," Dr. Schwartz said. "We wanted to see what they would do with the information they were given."

, senior lecturer in oncology at Cardiff University in Wales. "In the commercial world, we learn about new drugs. There is a marketing initiative that is lacking here, so we hear less about MSI, even though the data are now fairly strong that indicate a favorable prognostic significance."

The expectation was that with high MSI, the 16% who initially recommended chemotherapy would now be satisfied with observation. Instead, the percentage of those recommending treatment rose to 51%. "At the very least, you would expect that the addition of a favorable prognostic feature would not increase the recommendations for adjuvant chemotherapy," he pointed out.

"The indicated intent to prescribe adjuvant chemotherapy for a patient with CRC stage IIa, no high-risk features, and a finding of high MSI on molecular testing is particularly disappointing," Dr. Schwartz said. "There seems to be limited clarity around the implications of microsatellite status and a critical need for more education."

Co-investigator Mark Green, MD, of Xcenda, a medical consulting company, pointed out that in "the first scenario, the tendency was to be appropriately cautious. Then we added just one variable with a clearly favorable or unfavorable characteristic, and the doctors became uncertain."

"The disturbing finding is that oncologists did not understand that this prognostic feature is favorable and that they could not distinguish stable from unstable MMR," Dr. Green said.

Dr. Green also suggested that some physicians may assume "instability" is unfavorable because of the connotation of the word and its association with inherited colon cancer syndromes, although its relevance in sporadic cancer is not the same, he said.

The most important, and currently best-validated, decision tools for stage II CRC are high-risk pathologic features and MSI, said Dr. Zafar, a medical instructor in the division of oncology at Duke University Medical Center in Durham, N.C.

"This interesting study by Dr. Schwartz and colleagues reveals a potential lack of understanding of MSI on the part of oncologists, thereby resulting in a concerning incompleteness to the decision-making process," he said.

The study was limited in that it presented clinicians with a patient scenario that did not address comorbidity or patient preference, "but as the authors appropriately concluded, oncologists need further education on how to sub-stratify patients with stage II CRC," Dr. Zafar said.

Previous research has identified knowledge gaps in the treatment of stage II CRC. A retrospective study of patients with stage II CRC found no association between presence or absence of high-risk pathologic features and receipt of chemotherapy (Clin Colorectal Cancer 8:94-99, 2009).

"Appropriate use of diagnostic and prognostic tools will become even more important as the number of validated measures increases. In addition to MSI, loss of heterozygosity at chromosome 18q (18qLOH) has been proposed as a poor prognostic indicator in stage II patients," he said.

Dr. Zafar added that an important adjuvant chemotherapy study (Intergroup E5202) is currently enrolling patients with stage II disease and stratifying them by presence or absence of MSI and 18qLOH. In the meantime, data presented last year indicated that a validated multigene expression assay might also be useful in predicting recurrence risk among patients with stage II CRC (ASCO 2009 abstract 4000).

"This key question regarding the individualization of therapeutic decision-making cannot be properly answered without a complete understanding of the diagnostic and prognostic tests available," Dr. Zafar concluded. 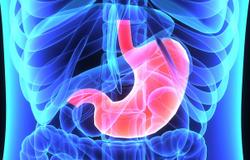