Over the last decade, immunotherapies have increasingly offered hope to thousands of patients with cancer; however, this does not come without its adverse events (AEs), according to Kerry Reynolds, MD.

AEs, which can range from fatigue and diarrhea, to potentially-deadly heart inflammation, are increasing among those with kidney cancer. At Massachusetts General Hospital’s Severe Immunotherapy Complications Service-comprised of 48 scientists and doctors across the health system’s various departments, all focused on the increasing number of “rare” cases of immunotherapy-related AEs-Reynolds and colleagues have come across two cases of kidney cancer treated with immunotherapy that resulted in hospitalization.

At the International Kidney Cancer Symposium, taking place in Miami from November 15-16, Reynolds, who is director of the service at Massachusetts General Hospital, will discuss the increase in these cases across various cancer types, specifically in renal cell carcinoma (RCC).

“Now, these are pretty rare events, but the reality is we are using immunotherapy in over 15 different types of cancer,” Reynolds, who is also clinical director for the inpatient cancer services at Mass General Cancer Center, told CancerNetwork. “If we think about RCC, they’ve had several different approvals just in 2018 and 2019.”

Two immunotherapy combinations approved, in particular, are pembrolizumab (Keytruda) plus axitinib (Inlyta) for the treatment of advanced RCC, which occurred this past April, as well as ipilimumab (Yervoy) in combination with nivolumab (Opdivo) that happened in April 2018.

Reynolds pointed to the recent New England Journal of Medicine study showing the efficacy of ipilimumab in combination with nivolumab for RCC. But grade 3 or 4 AEs occurred in nearly half of the patients. However, she added, such AEs do not take away from what the significant improvement in outcomes for some patients.

"Immunotherapy is a chance for patients to have lasting, durable responses," she said. "But serious adverse events do happen and can be fatal. For this reason, the field should focus on the development of diagnostics and better management strategies.”

Immunotherapies are also more commonly being used in combination with one another-which in turn, could increase potential complications, said Reynolds.

“The reality is, the field is moving so fast you have to have a few experts in every condition at your institution-or at least at the major academic centers, so that you can start to see enough of the patients that you can put them into patterns of phenotypes-and really learn about them,” she added. “This is exactly what the future should look like: major academic centers have these nodes of expertise, and all of the community and network sites can dock into it when necessary.” 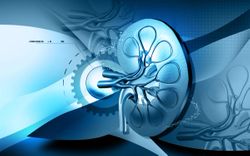