The FDA’s acceptance of the biologics license application for denileukin diftitox for the treatment of patients with cutaneous persistent or recurrent T-cell lymphoma was supported by data from a pivotal phase 3 trial.

The BLA for denileukin diftitox in this patient population was originally submitted in October 2022. The Prescription Drug User Fee Act (PDUFA) target action date for this agent is September 28, 2023.

“The acceptance of the previously announced BLA submission for [denileukin diftitox] is another important regulatory milestone for our oncology program,” Leonard Mazur, co-founder, chairman, and CEO of Citius, said in the press release.

Denileukin diftitox is a fusion protein that combines the IL-2 receptor binding domain with diphtheria toxin fragments, causing these toxin fragments that have entered cells to inhibit protein synthesis. Denileukin diftitox is a reformulation of a previously FDA-approved treatment that was voluntarily withdrawn from the market, maintaining the same amino acid sequence of the previous agent while aiming to improve purity and bioactivity. 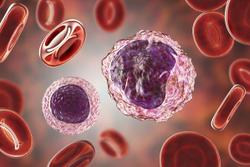