The combination of ibrutinib (Imbruvica) and venetoclax (Venclexta) provided durable complete responses (CRs) in patients with previously untreated chronic lymphocytic leukemia (CLL), even in high-risk subgroups, according to the results of a phase 2 study (NCT02756897) published in JAMA Oncology.1

Due to synergy observed in preclinical trials, complementary therapeutic activity, and non-overlapping safety profiles that have been previous identified for the combination of ibrutinib and venetoclax, investigators sought to assess the combination in treatment-naïve patients with CLL.2,3

Patients who enrolled on the study were required to have del(17p), a TP53 mutation, del(11q), unmutated immunoglobulin heavy-chain variable gene, and/or be 65 years or older.

Single-agent ibrutinib was administered at 420 mg per day for the first 3 cycles. This was followed by the addition of a standard dose ramp-up of venetoclax, which started at 20 mg per day and escalated to a target of 400 mg per day. The combination was administered for 24 planned cycles that were 28 days each. Those who maintained MRD positivity by the end of the 24 cycles of combination therapy were able to continue undergoing treatment with single-agent ibrutinib. The trial protocol was also amended to allow patients to receive an additional 12 cycles of combination therapy.

The primary end point of the trial was best response achieved at any time during treatment and up to 2 months following completion of treatment with ibrutinib and venetoclax. Time-to-event outcomes included progression-free survival (PFS) and overall survival (OS).

Among those who enrolled, 5 patients discontinued treatment with single-agent ibrutinib for reasons beyond disease progression. The median follow-up for all 80 patients was 38.5 months (range, 5.6-51.1 months).

Additional findings indicated that patients who achieved a bone marrow MRD of less than 1% at the first response assessment following treatment with the combination therapy were more likely to achieve undetectable MRD remission by the completion of cycle 12 (77% vs 20%; P <.001). Additionally, those who achieved a 2-log reduction in bone marrow by the end of cycle 3 were more likely to achieve bone marrow undetectable MRD remission by cycle 12 (83% vs 20%; P <.001).

In total, 2 patients discontinued treatment during cycle 1 of ibrutinib monotherapy and an additional 6 patients died 27 months later due to infection. Notably, 1 patient died while in bone marrow undetectable MRD remission during cycle 19 of combination therapy. The death was due to pneumonia, which was possibly related to treatment with ibrutinib.

The combination was recently examined as a first-line option for patients with CLL and small lymphocytic leukemia in the phase 2 CAPTIVATE study (NCT02910583), the results of which were presented during the 2021 ASCO Annual Meeting.4 Data from the study revealed that the overall patient population achieved an overall response rate of 96%, including a 55% CR rate. Patients without a del(17p) had a CR rate of 56%. Additionally, among those without del(17p), the combination yielded a 24-month PFS rate of 96% and a 24-month OS rate of 98% after a median follow up of 27.9 months. 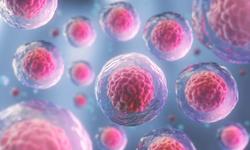