A phase I study of the ImmunoGen agent lorvotuzumab mertansine (IMGN901) turned in encouraging results in patients with CD56-positive relapse or refractory multiple myeloma, according to investigators from several US institutions, including Sarah Cannon Research Institute in Nashville, Tenn.

In this assessment, lorvotuzumab mertansine was used in combination with lenalidomide and dexamethasone in patients with CD56-positive relapsed or relapsed/refractory multiple myeloma. The first cohort of patients received a dose of 75 mg/m² of lorvotuzumab mertansine and, to date, no dose-limiting toxicities, no serious adverse events, and no drug-related grade 3 or 4 toxicities have manifested. Two patients achieved partial response (ASH 2010 asbtract 1934).

Lorvotuzumab mertansine consists of a cytotoxic maytansinoid (DM1) attached to a CD56-binding monoclonal antibody using an engineered disulfide linker. Once bound to CD56 on a cancer cell and internalized, the conjugate releases DM1. About 78% of multiple myeloma cases have strong surface expression of CD56, according to ImmunoGen.

High response rates showed that brentuximab vedotin (SGN-35) has potential as a single-agent treatment for systemic anaplastic large-cell lymphoma (sALCL). Brentuximab vedotin, from Seattle Genetics, is an antibody-drug conjugate that delivers the antimicrotubule agent-monomethyl auristatin E (MMAE)-to CD30-positive malignant cells by binding specifically to CD30 on the cell surface and releasing MMAE inside the cell via lysosomal degradation.

The binding of MMAE to tubulin disrupts the microtubule network within the cell, induces cell cycle arrest, and results in apoptotic death of the CD30-expressing tumor cell, according to the authors of a phase II study, led by Andrei R. Shustov, MD, from Seattle’s Fred Hutchinson Cancer Research Center, University of Washington Medical Center (ASH 2010 abstract 961).

In this interim analysis of 30 patients with relapsed or refractory sALCL, the investigator-assessed overall response rate was 87% and the complete remission rate was 57%. Brentuximab vedotin treatment was associated with manageable adverse events including nausea, diarrhea, and peripheral sensory neuropathy.

Results from a phase I trial of SB1518, an oral JAK2 inhibitor, demonstrated that targeting the JAK2 pathway had therapeutic value in patients with relapsed lymphoma. As a result, a phase II trial of the agent has been initiated, according to researchers from Houston’s M.D. Anderson Cancer Center.

SB1518 is a small-molecule JAK2-selective kinase inhibitor, which has shown efficacy in preclinical models against wild-type JAK2 kinase and the JAK2 kinase with the V617F mutation, according to developer S*BIO.

In the current study, SB1518 was well tolerated in patients with relapsed lymphoma at doses up to and including 600 mg per day. SB1518 also demonstrated a clinical benefit in several lymphoma subtypes at doses of 300 mg per day and greater. As of October 2010, three patients had a confirmed partial response and 15 patients achieved stable disease (ASH 2010 abstract 2830).

Pharmacokinetic and pharmacodynamic biomarker data confirmed that SB1518 exposure at all dose levels was sufficient to inhibit JAK2 signaling. Four hundred milligrams per day has been recommended as the dose for the phase II study, according to S*BIO. 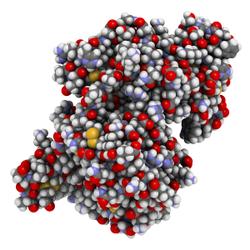