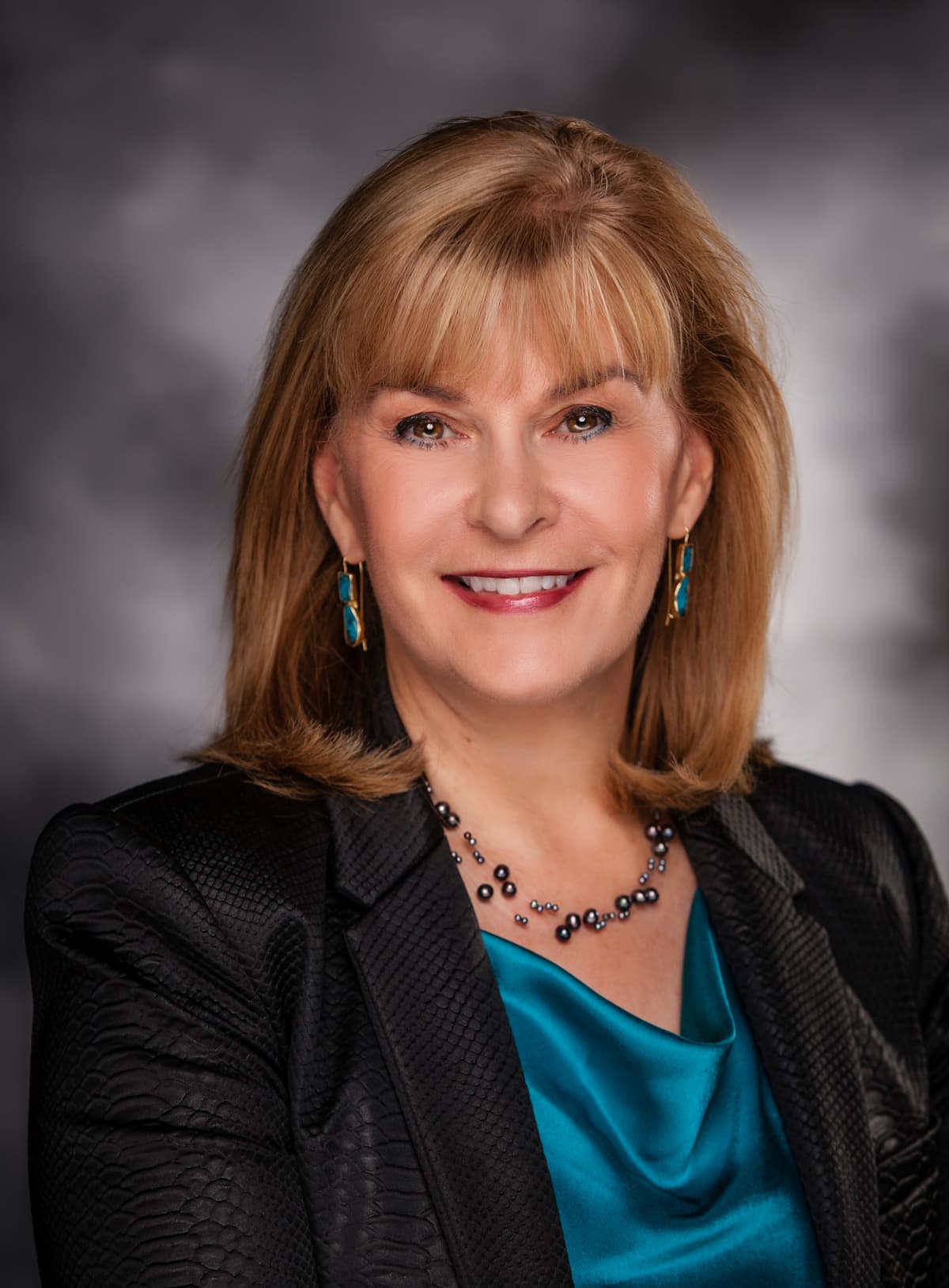 Managing the infectious complications associated with pentostatin (Nipent), used alone or in combination with other agents in patients with low-grade lymphomas, poses a significant problem for clinicians. Since there is limited

ABSTRACT: Managing the infectious complications associated with pentostatin (Nipent), used alone or in combination with other agents in patients with low-grade lymphomas, poses a significant problem for clinicians. Since there is limited experience with these therapies, definitive treatment recommendations concerning prophylaxis cannot be made. The panel members discussed the use of valacyclovir (Valtrex) to provide prophylaxis for herpes zoster, trimethoprim/sulfamethoxazole for Pneumocystis, and acyclovir (Zovirax) for varicella zoster. They also considered combinations of pentostatin with agents such as interferon, rituximab (Rituxan), and chlorambucil (Leukeran) and their effect on the immune system. The biology of B and T cells was discussed, with an emphasis on clinical application. [ONCOLOGY 14(Suppl 2):41-42, 2000]

The focus of this panel discussion, led by Dr. Julie Vose, was management of infectious complications associated with therapies with pentostatin (Nipent) alone or in combination with other agents in patients with low-grade lymphomas. The number of studies in this area is limited, and the general consensus was that further studies are needed before any definitive treatment recommendations can be made. The panel considered the use and the optimal schedule of prophylaxis in combined therapies with pentostatin. Panelists discussed use of several agents that would target specific infectious complications and use of hematopoietic growth factors for neutropenia. They further explored the effectiveness of new combinations of pentostatin with biologic agents.

Julie Vose, MD: One of the problems associated with therapies with pentostatin, in particular those administered in combination with other agents, is infection. We really do not know what the appropriate prophylaxis is for these therapies. Does anyone want to discuss the problem of herpes, Pneumocystis carinii, cytomegalovirus, the effects of other agents, and the monitoring of these patients for infection and prophylaxis?

Fernando Cabanillas, MD: In terms of prophylaxis, I think if we are going to provide any at all, we have to focus on opportunistic infections. Herpes zoster is a major problem, but as far as I know, there is no consistency in using prophylactic valacyclovir (Valtrex). The period for which you would have to use valacyclovir would be extremely long. Since these infections can develop at any time, you are going to have continual use of the drugs. If you start treating herpes zoster early enough, you generally get a good response. Its not as serious a problem as P. carinii would be, although prophylaxis for P. carinii would be much easier. When we use fludarabine (Fludara), we initiate prophylaxis with trimethoprim/sulfamethoxazole, one double-strength tablet twice per day on Saturdays and Sundays. Since we started to do that, we havent had any cases of P. carinii.

Dr. Vose: I associate varicella zoster with patients who have undergone autologous transplant. They seem to develop it about 4 to 6 months after the transplant. Its difficult to provide prophylaxis to patients for that long a period, although I understand that in Europe they treat patients prophylactically for 1 year after transplant. Is that really time and cost effective?

Susan OBrien, MD: I think varicella zoster is a major issue, particularly in chronic lymphocytic leukemia. However, most of the data derive from transplant cases where patients were provided prophylaxis for up to 6 months. There are a few randomized trials comparing no prophylaxis to prophylaxis with acyclovir (Zovirax) for 6 months after autologous transplant. These are older studies that showed a markedly reduced incidence of varicella zoster during the time acyclovir was administered. However, in the 6 months after prophylaxis ended, patients who didnt develop varicella zoster in the first 6 months developed it in the second 6 months. We know that in chronic lymphocytic leukemia, the CD4 counts are depressed for a long time but we do not have solid answers at this point in time.

Dr. Vose: Are there other agents or biologics that might be effectively combined with pentostatin?

Francine Foss, MD: I have been thinking a lot about the combination of interferon and pentostatin. Was the higher response rate we saw related to the combination and, if so, could that be reworked to use lower-dose interferon? One of the studies that I was proposing was to use the same dose of pentostatin with intermittent low-dose interferon (3 to 6 million U IV 3 times per week) in patients with cutaneous T-cell lymphoma. Unlike the results reported by Dr. Razelle Kurzrock at M. D. Anderson Cancer Center (Houston), we saw responses in mycosis fungoides patients. Im not really sure what the difference is between Dr. Kurzocks study and our study, but I dont think its related to the dose. It may be related to the fact that we use interferon along with pentostatin. When looking across all studies, it seems as though we conducted one of the only studies where we saw clear-cut responses in mycosis fungoides patients with skin involvement.

Dr. Vose: I am somewhat concerned about the combination of rituximab (Rituxan) with pentostatin, because with no B cells and no T cells, there is little left of the immune system. Im concerned about infectious complications.

Robert Drapkin, MD: Yes, infections are expected, as seen in several protocols using pentostatin and other agents. Thus, consider prophylaxis for viral diseases, valacyclovir for herpes zoster, trimethoprim/sulfamethoxazole for Pneumocystis, and even growth factors should these patients become neutropenic.

Dr. Cabanillas: The point that you mentioned is a valid one, and we were concerned when we started using the combination of fludarabine/Novantrone/dexamethasone (FND) plus rituximab because we would be suppressing both the T-cell and B-cell immune systems. However, we have not seen any opportunistic infections that we did not see with FND alone. The addition of rituximab seems to be extremely well tolerated. We have been using this regimen for over a year, and we have not really seen any untoward side effects. For some reason, although it suppresses B cells for a long time, patients treated with rituximab usually do not have problems. Hypergammaglobulinemia occurs in about 15% of cases, supposedly because it does not affect plasma cells, which do not express CD20. It also does not affect early B cells, which eventually are able to repopulate the peripheral blood.

Questions from the Audience

Question: I had a question about Sézary syndrome. One of the things that I didnt hear much about was cell-surface markers. Is CD26 or CD45 differentially expressed on these cells? Is there a clue there, or will other flow cytometry data explain why pentostatin works better in Sézary syndrome?

Nam Dang, MD, PhD: I dont think there are any data available on CD26 or CD45 expression. In a study by Italian researchers, they found CD26 being expressed in 10% to 15% of cases diagnosed as mycosis fungoides, but it could have been advanced-stage Sézary syndrome.

Question: There are some studies that have combined interferon with retinoids in certain T-cell disorders, and some positive effects have been seen. The questions are, do we know how a drug like all-trans-retinoic acid (ATRA [Vesanoid]) affects CD26, and would it be possible that ATRA with pentostatin could be synergistic in T-cell disorders?

Dr. Dang: We really have no data on the retinoids and CD26 expression. What we do know is that if you activate T cells by a variety of means, CD26 expression goes up. The theory is that if we have access to drugs that can increase the expression of CD26 on the cell surface, as well as ADA expression, perhaps retinoids in combination with pentostatin could enhance these effects. However, this is all theoretical right now, and there is nothing clinical that we know at this point.

Magnetic Resonance Imaging of the Abdomen: Applications in the Oncology Patient