The phase 3 Myeloma XI trial, “which is the biggest UK myeloma trial to date,” de Tute said, included 1248 patients with myeloma who were eligible for autologous stem cell transplant. After undergoing transplant, patients were randomly assigned either maintenance therapy with (n = 730) or without lenalidomide (n = 518). MRD status was assessed at 3 months after autologous stem cell transplant and 6 months after randomization.

Three months after transplantation, compared with patients assigned observation, patients assigned maintenance therapy with lenalidomide had significant improvements in progression-free survival in both the MRD-positive (33 months vs. 18 months; HR, 0.43) and MRD-negative groups (56 months vs. 36 months; HR, 0.62). A similar effect was observed when assessing overall survival, although the median overall survival has not been reached in either group.

Patients assigned lenalidomide, compared with observation, continued to have significant improvements in progression-free survival 9 months after randomization in the MRD-positive (47 months vs. 9 months) and MRD-negative groups (NE vs. 31 months).

“MRD negativity was predictive of improved progression-free survival in patients with standard risk and high risk or ultra-high-risk disease,” de Tute said during the presentation. “MRD-negative patients with one or more high-risk lesions had a shorter median PFS compared to MRD-negative standard-risk patients, … suggesting achieving MRD negativity is not able to overcome the adverse PFS associated with genetic high risk. This was true for patients defined as high risk with the presence of only one adverse lesion and also those with ultra-high risk with two or more adverse lesions.” 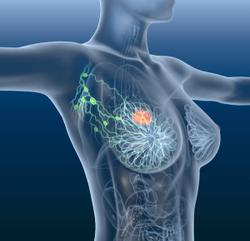 Standard HER2 Assays Do Not Accurately Identify HER2-Low Breast Cancer