In this podcast from the 2014 American Society of Hematology Annual Meeting, we discuss some of the new developments in multiple myeloma.

As part of our coverage of the 56th American Society of Hematology (ASH) Annual Meeting, taking place in San Francisco from December 6th to December 9th, we are discussing multiple myeloma study results from the meeting with Noopur Raje, MD, director of the multiple myeloma program at Massachusetts General Hospital and associate professor at Harvard Medical School in Boston. Dr. Raje is an author on five multiple myeloma abstracts presented at the meeting and takes part in both laboratory research and clinical trials.

Cancer Network:Let’s start with any highly anticipated multiple myeloma trials that were presented at the meeting. Were there any such trials and talk about the results?

The data, presented by one of my colleagues from Mayo Clinic in Scottsdale, Dr. Keith Stewart, are certainly long-awaited and anticipated. The progression-free survival of patients getting the triplet-that is carfilzomib, lenalidomide, and dexamethasone-lived without evidence of their multiple myeloma for a significantly longer period of time, close to 8 months, which is really very reassuring, suggesting that even at the time of relapse, using combination approaches such as three drugs is certainly better than two drugs as long as patients can tolerate it. Based on the abstract, the regimen is generally well-tolerated. What is very encouraging about this is that the regimen significantly increased progression-free survival.

Cancer Network:Are there any data presented at this year’s meeting that you think would be practice-changing?

Dr. Raje: This trial will certainly demonstrate that patients should receive combinations. Whether or not everyone should be getting carfilzomib plus lenalidomide and dexamethasone is obviously not going to be clear from this clinical trial but at least it will give experience in a substantial number of patients that the triplet actually works and works very well. And not only works very well but keeps the disease at bay for a long time. A lot of times, how we treat people with relapsed myeloma really depends on what treatments they have had before and what they have relapsed on. So, in a certain subset of patients, certainly, this combination will be very useful. Will it be practice-changing for everyone with multiple myeloma? I think it’s hard to say that. One has to balance what patients have had before, the toxicities one would predict, and also balance that with efficacy. So, I don’t necessarily know if this will be practice-changing across the spectrum of all myeloma. What it will, however, do is encourage people to use carfilzomib in combination with some of the other newer agents, and we know that by doing so we really get very high response rates with this combination.

Cancer Network:In terms of early-stage drug data, is there anything notable presented here, either combinations or monotherapies?

Dr. Raje: I don’t know if I want to call it early stage, but I certainly think there will be excitement for the monoclonal antibody against CD38 called daratumumab. The phase I data with daratumumab and also another compound, SAR650984, have shown pretty high response rates for single agents, close to 40% or a little over 40%. At this year’s ASH, what you will see are combinations of these CD38-directed antibodies, the SAR compound or daratumumab, in combination with lenalidomide. And with that combination, at least with the phase II data, we are seeing extremely high response rates, to the tune of about 80% or more, which I think is absolutely fantastic in a relapsed, refractory population.

Cancer Network:You were part of a trial of the vaccine, PVX-410, that was tested on a small cohort in smoldering multiple myeloma patients, which is being presented this year. Can you talk briefly about the results and the potential utility of such a vaccine in these earlier-stage patients?

The PVX story is, I think, an exciting approach, and part of the reason is that we are using a novel mechanism, a vaccination called PVX-410. What we are trying to do here is by vaccinating patients, we are training the patient’s immune system to recognize myeloma that is foreign to their body and then try to develop the immune system so that they can start rejecting the myeloma. From a concept standpoint, I think this is absolutely fantastic because we are at a threshold in oncology in general, looking at immunotherapies. Looking at immunotherapy in this smoldering population is particularly exciting because as you all know, once you have active disease that needs treatment, your immune system is not fully intact and it’s questionable whether the immune system can mount an immune response. Trying to catch a patient in the smoldering stage is great because we believe that they have a reasonable immune system, and then teaching them to fight off their cancer before they actually develop myeloma is a good concept.

This PVX vaccine is a tri-peptide vaccine that we have never had in multiple myeloma before and what it does is recognize three different proteins that are commonly present on multiple myeloma cells. So, it recognizes CD38, which is how myeloma cells are recognized in the bone marrow, and it targets CS1, which is the same protein that is targeted by the monoclonal antibody elotuzumab. And finally, the third protein is XBP1, both the intact and spliced form. And we have demonstrated how significant this protein is to myeloma. The concept is that by giving patients this vaccine, they will recognize these proteins as foreign and try to reject them. We have done the first phase of the study already. This is a very designer-specific trial, which is why it’s not that many patients. The majority of the patients could mount an immune response to the vaccine. That is the first step: We had to demonstrate whether you can recognize these proteins as foreign and whether the immune system can wake up to these antigens. We are continuing to do this clinical trial as we speak.

Cancer Network:Thank you so much for joining us today, Dr. Raje.

Dr. Raje: You are very welcome. Thank you. 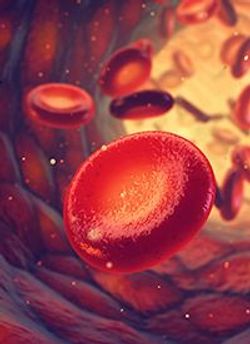 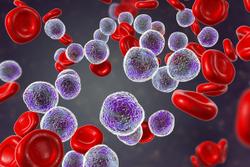