Patients with hepatocellular carcinoma treated from 2018 to 2021 experienced better outcomes than patients treated in the preceding decade, according to a recent study.

According to a poster presented at the 2023 Gastrointestinal Cancers Symposium, frontline treatment of patients with hepatocellular carcinoma (HCC) who were treated after sorafenib (Nexavar) was no longer the standard of care demonstrated improved survival and response than when the agent was used more frequently.1

The retrospective trial evaluated 370 patients with HCC in Alberta, Canada, who were treated with first-line systemic therapy. The group of patients who received treatment in the timeframe of January 2008 to July 2018 were labelled as the sorafenib era. Those treated from August 2018 to December 2021 were labelled the post-sorafenib era, because lenvatinib (Lenvima) was only available starting in August 2018 for patients in Canada.

In addition to the approval of lenvatinib following the REFLECT trial (NCT01761266), atezolizumab (Tecentriq) plus bevacizumab (Avastin) also showed improved efficacy in patients with HCC in the IMbrave150 trial (NCT03434379) published in 2020.2,3

The investigators, from the University of Calgary in Calgary, Alberta, analyzed overall survival (OS), progression-free survival (PFS), and clinician-assessed response rate (RR) for this study. In the sorafenib era group (n = 230), the median follow-up was 9.6 months compared with 11.0 months in the post-sorafenib era group (n = 142). The median treatment duration was 3.2 months vs 4.8 months, respectively.

The patient demographics showed the median age of patients was 63 years old for the sorafenib era and 64 years old post-sorafenib era. Approximately 80% of patients were male in both groups, and a majority were non-East Asian with an ECOG performance status 0 or 1, Child-Pugh A, Barcelona clinic liver cancer stage C, and Albumin-Bilirubin score grade 2.

The most common reason for liver disease in either group was Hepatitis C, followed by excess alcohol use and hepatitis B. Forty percent of patients in the sorafenib group had tumor thrombosis/macrovascular invasion vs 32% of the post-sorafenib group. There were 17% and 7% with main portal vein invasion in the sorafenib and pos-sorafenib eras, respectively.

“This study affirms that real-world progress that has been made in improving outcomes of [patients with] HCC through systemic treatment advancements over the last 15 years,” the study authors concluded. 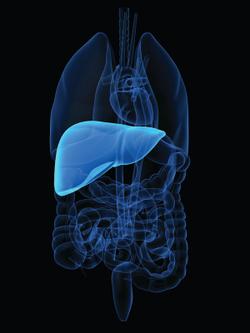