A recent analysis of more than 7,000 adult cancer clinical trials has found that about 20% of trials fail to complete for reasons unrelated to efficacy or adverse events of the intervention.

A recent analysis of more than 7,000 adult cancer clinical trials has found that about 20% of trials fail to complete for reasons unrelated to efficacy or adverse events of the intervention.

The results of the trial were presented by Kristian Stensland, a fourth year medical student from Icahn School of Medicine at Mount Sinai, at the 2014 Genitourinary Cancers Symposium.

Issues related to the completion of cancer clinical trials have been raised before. In 2010, the Institute of Medicine released a report calling for the overhaul of the National Cancer Institute Clinical Trials Cooperative Group Program, citing inefficient processes for developing trials, complicated government oversight, and a lack of sufficient resources hindering the program’s ability to efficiently and effectively design and conduct trials. Specifically, the report showed that about 40% of advanced clinical trials sponsored by the NCI are not completed.

“The studies that were highlighted in this Institute of Medicine report did indeed highlight the problem of trials that failed to complete enrollment, but the reference studies were relatively limited, first, in that they only looked at a few hundred trials and that they only included NCI-sponsored trials,” Stensland said, adding that NCI-sponsored trials only comprise about 15% of all clinical trials that are done.

Stensland and colleagues initially began this trial to examine if genitourinary cancer clinical trials had a unique problem with failing to complete. They analyzed data from Clinicaltrials.gov for all phase II and phase III adult cancer trials between 2005 and 2011 with “terminated” or “withdrawn” listed as their status.

“When we consider what prevents the translation of clinical trials to new standard treatments for our patients, we generally think of two things-an experimental intervention doesn’t work and/or the side effects are too severe,” said senior author Matthew Galsky, MD, associate professor of medicine at the Icahn School of Medicine at Mount Sinai and the director of the Genitourinary Medical Oncology program at the Tisch Cancer Institute, in a prepared statement. “However, our findings reveal a third major barrier to progress in cancer care-that a large proportion of initiated clinical trials are not completed at all, failing to contribute to our understanding of how best to care for patients.”

Results of the study showed that of the 7,765 trials identified, 935 failed to complete. Toxicity or efficacy were listed as the reason for failure in 18.1% of the trials. Other reasons included poor accrual (38.7%), logistics such as loss of funding (20.5%), and other (22.7%). Censoring the data for the trials that failed due to toxicity or efficacy, the researchers found that the cumulative incidence of trials failing to complete at 7 years was 20% (95% confidence interval [CI], 18% to 22%).

“Some of the other reasons for study closure, such as inadequate funding or decision by the sponsor, may also have contributed to poor accrual,” Stensland said. “These may all be tied to the same issue in some way.”

Finally, the researchers found that genitourinary cancers failed to complete at similar rates to other cancer types.

“However, the small number of trials in genitourinary cancer, particularly bladder and testis, led to wide confidence intervals,” said Stensland. “We are not comfortable saying definitely that they do not cancel at rates that are different from the others.”

Stensland and Galsky both stressed that the presentation of this research was not an indictment of any particular stakeholders, but rather was meant to “hold up a mirror to the cancer clinical trial enterprise” to try to make it more efficient and effective. 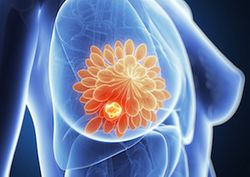