The risk of disease recurrence or death was reduced by 83% for patients with stage II-IIIA disease treated with osimertinib compared to placebo. There was also a consistent improvement of DFS regardless of whether patients received adjuvant chemotherapy prior to enrollment.

“While osimertinib is already a standard of care for front-line treatment of patients with EGFR-mutated advanced non-small cell lung cancer, the improvement in disease-free survival following surgery that was seen in the ADAURA study supports the use of this targeted therapy in an earlier stage of disease,” explained ASCO chief medical officer and executive vice president Richard L. Schilsky, MD, FACP, FSCT, FASCO.

Even more, the overall population saw a 79% reduction in the risk of disease recurrence when treated with osimertinib compared to placebo.

The trial consisted of 682 patients with primary non-squamous stage IB-IIIA NSCLC and confirmed EGFR mutation. The patient population was randomized to receive either adjuvant osimertinib (n = 339) or placebo (n = 343) for up to 3 years. Osimertinib was administered to patients once daily via an 80 mg tablet.

In total, 31% in each group had stage IB disease and 69% had stage II/IIIA disease. A larger portion of both groups were female, with 68% in the osimertinib group and 72% in the placebo group.

The researchers chose a third-generation drug and placebo over first- or second-generation options – which showed no statistically significant impact on DFS in previous studies – to maximize positive effects through a longer time period so that the drug can safely be taken by patients.

“The feeling was that [first- and second-generation] drugs couldn’t be given for 3 years,” said lead author Roy S. Herbst, MD, PhD. “The ideal is to give the drug longer to hopefully have a much more profound effect on outcome. I think what we’ve shown in this trial is that we can give the [third generation] drug for longer periods of time.”

The primary endpoint for the trial was DFS in stage II/IIIA patients, with secondary endpoints including DFS in the overall population; DFS at 2, 3, 4, and 5 years; overall survival; safety; and quality of life.

Lung cancer accounts for more than 1.7 million deaths annually, making it the leading cause of cancer death globally. More specifically, NSCLC constitutes 85% of all lung cancer cases, with 30% of patients presenting with resectable disease at diagnosis.1

Herbst explained that future studies are in the works regarding the DNA of patients drawn at regular intervals during the ADAURA trial to combat patients developing a resistance to these agents. More, neoadjuvant therapy is being examined to eventually “move the best drugs, the most targeted drugs, as early as possible in the disease.”

This research shows that adjuvant osimertinib provides a highly effective treatment for patients after complete tumor resection and is a viable alternative front-line therapy for localized NSCLC with EGFR mutation. 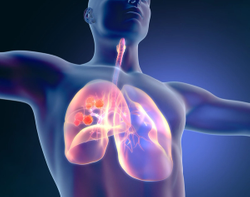 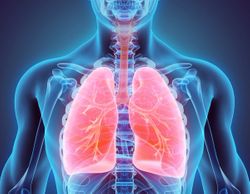 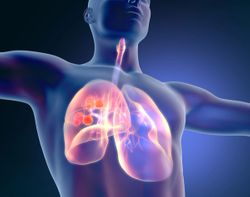