Study presented at the AACR Virtual Annual Meeting II supports an increased role for genetic testing in these patients.

Patients aged 18-39 with early-onset cancer were found to be at a higher risk of harboring germline mutations when compared with patients with young-adult cancers, according to a study presented at the American Association for Cancer Research (AACR) Virtual Annual Meeting II, held online June 22-24.1-2

“From the genetic perspective, it would appear that young-adult patients with early-inset cancer… have a much higher prevalence of germline mutations than other types of young-adult cancer patients,” said lead investigator Zsofia K. Stadler, MD, a medical oncologist at Memorial Sloan Kettering Cancer Center during a presentation. “Suggesting that young-adults with early-onset cancer should be genetically tested.”

The most frequent mutations occurred in the genes BRCA1, BRCA2, ATM, CHEK2, and the Lynch syndrome-associated genes. The highest rates of genetic mutations were found patients with cancer in the pancreas, breast, or kidney, and patients with early-onset cancer demonstrated a higher prevalence of high- and moderate-penetrance gene mutations when compared with young-adults with cancer (15% vs 10%, respectively; p=0.01).

“This study highlights that genetic susceptibility among young cancer patients is heterogeneous,” said Stadler in a press release.2 “The distinct set of germline variants appear to suggest that patients with early-onset cancers harbor mutations similar to those also found in older individuals with cancer, but at a higher prevalence.”

“In the context of this germline setting, there are now treatment implications for these individuals… if the mutations are such that they preclude or portend a high mutation rate in the incident tumors,” added Elaine Mardis, PhD, past president of the AACR during a press conference after the presentation. “From the standpoint of primary into recurrent disease we would want to do accelerated imaging, and in some cases even liquid biopsy-based assays at specific intervals to understand whether there’s recurrent cancer in play.”

The investigators noted that being a single-institution study was a limitation, leading to the possibility of some cancer types being under- or over-represented. The analysis was also limited to solid tumors only and did not assess the risk in young patients with hematological malignancies. 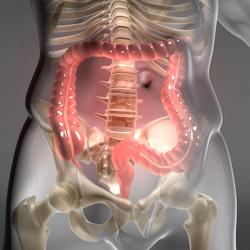