Patients with advanced hepatocellular carcinoma who received prior treatment with sorafenib appear to benefit from treatment with pembrolizumab and best supportive care.

Pembrolizumab (Keytruda) plus best supportive care resulted in a notable survival benefit in a population of Asian patients with advanced hepatocellular carcinoma (HCC) who received prior treatment with sorafenib (Nexavar), according to findings from the phase 3 KEYNOTE-394 trial (NCT03062358).1

Data from the trial indicated that patients who received pembrolizumab and best supportive care experienced a statistically significant improvement in overall survival (OS) vs placebo. Moreover, statistically significant improvements in key secondary end points such as progression-free survival (PFS) and objective response rate were also reported. Findings from the trial will be presented at an upcoming meeting.

“Frequently diagnosed at an advanced stage, [HCC] has one of the highest mortality rates of solid cancers. Despite recent progress, there remains an unmet need for anti–PD-1 monotherapy after sorafenib, where [pembrolizumab] is an established treatment option for patients,” Scot Ebbinghaus, MD, vice president of clinical research at Merck Research Laboratories, said in a press release. “It is very encouraging that [pembrolizumab] significantly improved [OS] in this study, and we look forward to engaging with regulatory authorities as quickly as possible.”

Eligible patients had an HCC diagnosis confirmed by radiology, histology, or cytology, as well as Barcelona Clinic Liver Cancer stage C or B disease that is not amenable or is refractory to locoregional therapy and is not amenable to a curative approach. Additionally, a life expectancy of 3 or more months and an ECOG performance status of 0 or 1 was required.

Pembrolizumab was previously granted an accelerated approval from the FDA in November 2018 for patients with HCC who received prior treatment with sorafenib.2 The decision was based on results from the phase 3 KEYNOTE-224 trial (NCT02702414), which reported that patients had a complete response rate of 1.0% and a partial response rate of 15.4%.3 Additionally, 45.2% of patients achieved stable disease and 32.7% experienced progressive disease. It was also reported that patients had a disease control rate of 61.5%. Patients had a median PFS of 4.8 months (95% CI, 3.4-6.6) and the median OS was not reached. The 6-month PFS rate was 43.1% and the OS rate was 77.9%.

The most common treatment-related adverse effects (AEs) were fatigue (21.2%) and increased aspartate aminotransferase (12.5%), with grade 3 to 5 AEs occurring in 25% of patients, including 1 death due to ulcerative esophagitis. 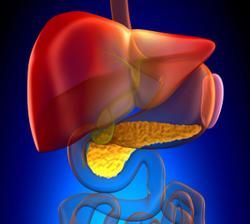