A Personalized Approach to Radiation Therapy

It may soon be possible to get rid of the “one-size-fits-all” approach when it comes to radiation therapy.

It may soon be possible to get rid of the “one-size-fits-all” approach when it comes to radiation therapy. Investigators at the Moffitt Cancer Center are reporting on a new approach that can individualize a cancer patient’s radiotherapy dose to their tumor radiosensitivity. They have just published a study in The Lancet Oncology suggesting that this new approach could benefit patients in many ways, including its use to design genomically-guided clinical trials in radiation oncology.

Cancer is a highly heterogeneous disease and patients can achieve better outcomes if their treatments are tailored to the specific biology of their tumors. However, despite the growth of precision medicine, little progress has been made in personalizing radiation therapy. Now, researchers believe that precision medicine has a role in radiation therapy and it can be used to improve patient outcomes and reduce toxicities.

Investigators conducted a study in which they assessed whether a patient-specific molecular signature of radiation sensitivity could be used to identify the optimum radiotherapy dose.

Previously, Moffitt researchers developed a gene expression-based radiosensitivity index (RSI). They found it was able to predict tumor sensitivity to radiation therapy based on the expression of 10 specific genes. The RSI accurately predicted clinical outcomes in many different cancer patients treated with radiation, including breast, head and neck, glioblastoma, pancreas, and metastatic colorectal cancer patients.

In this current study, the researchers used the RSI to develop a genomics model called the genomic-adjusted radiation dose (GARD) that was able to predict the therapeutic effect for radiotherapy. They demonstrate that GARD values were consistent with the clinical heterogeneity of radiotherapy therapeutic benefit. For example, gliomas and sarcomas are known to be resistant to radiation and they had the lowest GARD values. Cervical and head and neck cancers, which are known to be sensitive and radiocurable, had the highest GARD values.

“With multidisciplinary care becoming standard for the majority of cancer patients, it is critical that precision medicine is expanded beyond drug therapy,” said Louis Harrison, MD, who is chair of Moffitt’s Radiation Oncology Department in Tampa, Fla. “The GARD model provides the first opportunity to genomically-inform radiation dose and is a safe and feasible approach to precision radiation oncology.”

The investigators hypothesize that GARD could be used to customize a patient’s radiation dose so that they are receiving the optimal dose to achieve the greatest benefit with the least amount of toxicity. 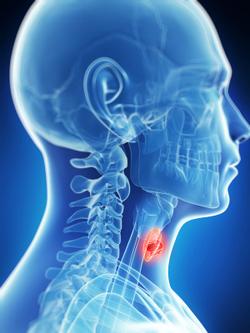 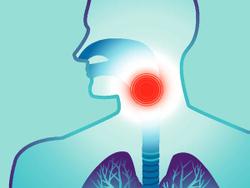