Patients with solid tumors experienced significant immunogenicity within 2 weeks of receiving a second dose of the BNT162b2 COVID-19 vaccine.

An early second dose of the BNT162b2 (Pfizer) COVID-19 vaccine yielded significant immunogenicity in patients with solid cancer within 2 weeks of administration, according to a study published in The Lancet Oncology.

“The SARS-CoV-2 mRNA BNT162b2 vaccine was generally well tolerated in patients with cancer, even in those on immunotherapy who might have been anticipated to make exaggerated, inflammatory immune responses,” the study’s investigators wrote.

Investigators also encouraged study participants to be regularly tested for the COVID-19 virus. Up until day 21 after the administration of the first vaccine, investigators reported 6 positive cases of COVID-19. Additionally, 15 patients who had a previous exposure or confirmed COVID-19 infection were removed from the study.

A total of 134 patients were examined for anti-S immunoglobulin G (IgG) titers around 21 days following the vaccination. Investigators reported that 94% (n = 32/34) of healthy controls, 38% (n = 21/56) of patients with solid cancer, and 18% (n = 8/44) of patients with hematological cancers responded to the vaccine. Maximum anti-S IgG response were about 100 times higher than the minimum response, although the median titers were particularly similar across all cohorts.

Investigators used a neutralization assay for the SARS-CoV-2 Wuhan strain and identified that all responders, except for 1 responder with a hematological, malignancy could neutralize the wild-type strain. However, 3 patients with solid cancer could not neutralize the B.1.1.7 variant strain. Additionally, those in the healthy controls had significantly lower neutralization titers (P = .0010) for the B.1.1.7 strain were lower than the wild-type strain.

The first dose of the vaccine did not demonstrate seroconversion in the majority of patients with cancer. Additionally, investigators did not observe a significant correlation of B-cell or T-cell counts between responders and non-responders.

When using flurospot assays to examine T-cell vaccine response, investigators reported that 82% (n = 14/17) of patients in the control group responded, although 3 never demonstrated IFNγ-producing or IL-2- producing cells. Among patients with solid malignancies who assessed, 71% (n = 22/31) experienced a T-cell response—a seemingly higher immune efficiency than previously observed for seroconversion. In patients with hematological malignancies, 50% (n = 9/18) of patients had identifiable IFNγ-producing or IL-2- producing T cells or both, responding to S2 peptides; this was also a higher immune efficacy than has been observed for seroconversion.

The impact of boosting compared with not boosting on patients' immune status was also assessed, with investigators identifying that the status of patients with solid cancer at timepoint 3 vs timepoint 2 was significant (P< .0001). Additionally, boosting resulted in an increase in IgG titers (P = .030). However, anti-S IgG titers at timepoint 2 among patients who were not boosted were either similar or lower compared with those at timepoint 2. In the healthy controls group, all patients were seropositive, however among those who were not boosted, 1 patient had a notably elevated titer while the rest remained similar or began to decrease in the 2 weeks prior to timepoint 2 and 3.

A total of 6 patients with hematological cancer were eligible for a boost; of the 5 patients who were analyzed and 3 (60%) were seropositive. However, 11% of patients (n = 4/36) who did not receive a boost were seropositive at timepoint 3, as well as experiencing notable reductions in anti-S IgG titers between timepoint 2 and 3. In the cohort of patients with solid cancers, the notable effect of boosting on anti-S IgG titers was reflected by the increased ability to neutralize both wild-type and B.1.1.7 stains, like healthy individuals in the control group. Additionally, 3 patients with hematologic malignancies who were seroconverted could neutralize both strains following their boost.

Investigators will continue to monitor patients for 18 months after the vaccine boost. 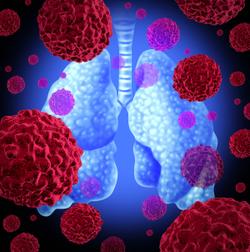 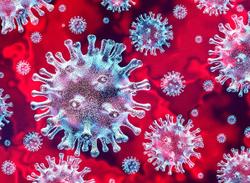