TBI Plus Etoposide Prior to HSCT Leads to Improved OS, Lower Relapse Risk in High-Risk Pediatric ALL

Based on recent study results, investigators recommended TBI plus etoposide for patients older than 4 years of age with high-risk ALL undergoing allogeneic hematopoietic stem cell transplantation.

Based on these results, the investigators recommended this treatment option for patients older than 4 years of age with high-risk ALL undergoing allogeneic HSCT.

“We conducted this prospective, randomized, controlled trial to investigate whether optimal chemoconditioning regimens could replace TBI in pediatric patients with high-risk ALL,” wrote the study authors, who were led by Christina Peters, MD.

Published in the Journal of Clinical Oncology, the randomized, controlled, open-label, international, multicenter, noninferiority study enrolled patients who were 18 years of age or younger at diagnosis and between 4 and 21 years at the time of undergoing HSCT, in complete remission prior to HSCT, and with a human leucocyte antigen–identical related or unrelated donor were randomly assigned to myeloablative conditioning with fractionated 12 Gy TBI and etoposide versus fludarabine, thiotepa, and either busulfan or treosulfan. Overall, 543 patients were screened, 417 were randomly assigned, 212 received TBI, and 201 received chemoconditioning between April 2013 and December 2018.

Of note, the investigators designed the study to include a futility stopping rule which would halt random assignment if chemoconditioning was found to be significantly inferior to TBI, which was implemented on March 31, 2019.

Regarding safety, there were no unexpected serious adverse events (AEs) reported. As anticipated, regimens were associated with substantial degrees of toxicity. At day 100, the most common grade 3/4 AEs in all arms were cytopenia, mucositis, nausea, and infection.

“The composite end point of 2-year [graft-versus-host disease–free], relapse-free survival of 72% (95% CI, 65%-78%) following TBI plus etoposide and 51% (95% CI, 43%-58%; P = .0003) following chemoconditioning might be a benchmark for future investigations, accounting for second malignancy risk,” the authors explained.

Importantly, the results of this study cannot be generalized to centers with limited or no access to TBI. Additionally, another important aspect of this study is the rather short median follow-up time. Further, early random assignment closure limited the study’s sample size, thus making the prespecified primary analysis unattainable.

KTE-X19 Safe, Efficacious as Therapy for Pediatric B-Cell ALL in ZUMA-4 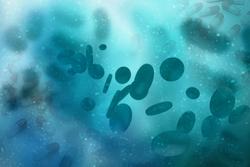