“The responses we’ve observed in the FIREFLY-1 study with weekly monotherapy tovorafenib in children with recurrent or progressive low-grade gliomas are very encouraging,” Samuel Blackman, MD, PhD, co-founder and chief medical officer at Day One, said in the press release.

Investigators of the FIREFLY-1 trial are evaluating tovorafenib as monotherapy administered once a week in patients aged 6 months to 25 years with recurrent or progressive pLGG. Patients either received 100 mg of tovorafenib as an immediate-release tablet or 25 mg/mL of the agent as a powder for reconstitution.

Patients with recurrent or progressive pLGG and a documented BRAF alteration were eligible to enroll on the study. Additional inclusion criteria included having received at least 1 prior line of systemic therapy with evidence of radiographic progression and at least 1 measurable lesion per RANO or RECIST v1.1 criteria.

Among the RANO-evaluable patients, 86% (n = 59) had a BRAF fusion alteration that could not be treated with any approved systemic therapies, and 14% (n = 10) had a BRAF mutation. Of 77 treated patients, the median line of prior systemic therapies was 3 (range, 1-9), the median duration of tovorafenib monotherapy was 8.4 months, and 77% (n = 59) of patients were on treatment at the time of the data cutoff. Moreover, 60% (n = 46) of patients received at least 1 prior mitogen-activated protein kinase inhibitor.

“Based on the efficacy and safety profile of tovorafenib observed to date from the FIREFLY-1 trial population, we plan to submit a new drug application in the first half of this year that will include additional follow up from the full study population.,” Jeremy Bender, PhD, chief executive officer at Day One, concluded.

Previously, the FDA granted a rare pediatric disease designation to tovorafenib for the treatment of pediatric low-grade pLGG in July 2021.2 The designation was supported by data from the FIREFLY-1 trial. 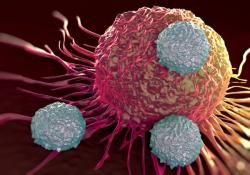