Patients with mantle cell lymphoma treated in academic facilities appeared to have a longer overall survival compared those treated at with non-academic centers.

A higher overall survival (OS) was observed among patients with mantle cell lymphoma (MCL) who were treated at higher-volume academic facilities compared with those treated at non-academic, lower volume facilities, according to a poster presentation from the 2021 American Society of Hematology Annual Meeting.

“Additional research is needed to fully understand the mechanisms behind these differences,” lead investigator Xavier Andrade-Gonzalez, MD, a hematology/oncology specialist at the Mayo Clinic, concluded. 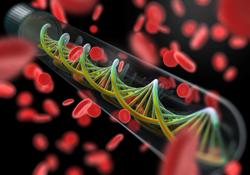