Researchers look at cost estimates stratified by stage, histology, and level of treatment.

Researchers took a detailed look at the costs of esophageal cancer treatment, in a study published in Cancer Medicine.

“Costs of esophageal cancer care have previously been estimated using medical claims data,” wrote authors, led by Angela C. Tramontano, Institute for Technology Assessment, Massachusetts General Hospital, Boston. “However, while phaseâspecific cost estimates for esophageal cancer care are available in other countries, such as Canada, no comparable studies have been conducted, to our knowledge, in the US context.”

Tramontano et al. used the Surveillance, Epidemiology, and End Results (SEER)âMedicare database to determine the costs of esophageal treatment between 1998 and 2013. Results were adjusted for 2018 levels of inflation and stratified according to age, diagnosis stage, histology, and treatment strategy in the Medicare population. From these results, trends were analyzed and comparisons were made.
Mean monthly total costs were highest in the 6-month terminal phase ($18,150) followed by staging ($8953) and initial treatment (mean $7731). They were lowest during the continuing phase (mean $2984).

“This is possibly due to the high rates of chemoradiation among these patients, which would incur multiple visits over the course of the phase,” wrote the authors. “Costs were highest in the terminal phase; these high costs are consistent with studies that show high rates of aggressive care, such as hospitalizations and intensive care admissions, among cancer patients during the last months of life.”

Unpacking the results further, the lowest continuing phase cost was in stage I ($2338). The highest terminal phase costs were in stages II ($20 533) and III ($20,599). Stage IV had the most expensive initial phase cost ($9263).  Staging costs were most expensive in stage III ($9249), with stage II costs being nearly equal (mean $9171). Of note, cancer costs were stable during the length of the study and were unrelated to age for most differences in stage, histology, and treatment.

Per the authors, the strengths of the current study include cost estimates stratified by stage, histology, and level of treatment. Limitations included use of SEER data which includes only patients aged 65 years or older diagnosed in specific geographic regions. Consequently, this data may not reflect the general US population. Interestingly, based on the study’s linear regression models, results from younger patients could be extrapolated, but this approach has yet to be validated. Another limitation was that it was unclear how much patient financial liability derived from Medigap coverage or out-of-pocket expenses.

“Our detailed cost estimate analysis demonstrates that the economic burden of esophageal cancer is significant across all stage and histology subgroups,” concluded the authors. “As treatment regimens continue to rapidly evolve, these upâtoâdate cost estimates can serve as an important baseline for healthcare systems and cancer control policy leaders to guide resource allocation in the present and future.” 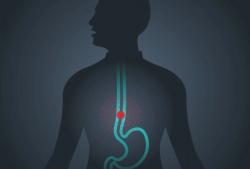