In addition to a concerning trend of increased rates of esophageal adenocarcinoma noted over the last 4 decades, this study also found that the proportion of those with advanced disease at presentation continues to rise for patients younger than age 50.

Young-onset esophageal adenocarcinoma, though uncommon, is diagnosed disproportionately in patients presenting with advanced-stage disease, according to a study published in Cancer Epidemiology, Biomarkers & Prevention.1

In addition, the investigators identified a concerning trend of increasing incidence of young-onset esophageal cancer over the last 4 decades. As it currently remains unclear what biologic, genetic, or environmental factors may impact these study findings, it may be necessary to reevaluate the current diagnostic and treatment strategies in patients younger than 50 years.

“Patients who present with late-stage esophageal cancer typically have poorer outcomes than those with early-stage disease. As such, it is important to understand the epidemiology of esophageal cancer to target our screening strategies,” corresponding author, Prasad G. Iyer, MD, MSc, professor of medicine in the Barrett’s Esophagus Unit in the Division of Gastroenterology and Hepatology at the Mayo Clinic in Rochester, Minnesota, said in a press release.2

In this study, investigators searched the Surveillance, Epidemiology, and End Results 9 database to identify patients diagnosed with esophageal adenocarcinoma between 1975 and 2015. Patients were separated in 3 age groups comprised of those younger than 50, 50 to 69, and 70 years or older.

Ultimately, it was revealed that from 1975 to 2015, the incidence of esophageal adenocarcinoma had increased in patients less than 50 years of age, with an annual percentage change of 2.9% (95% CI, 1.4%-4.4%) observed. In addition, when compared with older patients, young-onset esophageal adenocarcinoma presented at more advanced stages (84.9% vs 67.3%; P < .01), with an increasing proportion of advanced stages reported across the study period.

“The magnitude of late-stage disease and poor cancer-related survival in this age group were surprising findings for us,” said Iyer. “We are also concerned by the trend of increase over the past 4 decades.”

Importantly, this study was not without limitations, including the lack of ability to comprehensively review each health record to confirm the stage of disease at diagnosis. Further, though information regarding chemotherapy and radiotherapy administration is clinically relevant, therapy data were unknown for a large subset of the database and were, therefore, not included in the primary analysis.

According to the investigators, patients should be aware of risk factors and symptoms related to esophageal carcinoma. Symptoms generally include difficulty swallowing, chest discomfort, or unintended weight loss. Further, the study authors added that some high-risk groups, such as those with long-term reflux and those with a family history of esophageal cancer, should speak with their health care providers about screening options. 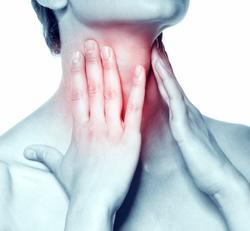