Researchers used an unbiased bioinformatics approach to identify a class of drugs currently used for non-cancer treatment that could be used to treat small-cell lung cancer, a cancer type for which there are few treatment options.

Researchers used an unbiased bioinformatics approach to identify a class of drugs currently used for non-cancer treatment that could be used to treat small-cell lung cancer (SCLC), a cancer type for which there are few treatment options. The study found that a class of antidepressant drugs, including two FDA-approved depression treatments, caused apoptosis of SCLC cells in vitro and in mouse models, including in chemotherapy-resistant primary SCLC tumors. The results are published in Cancer Discovery, a journal of the American Association for Cancer Research.

Julien Sage, associate professor of pediatrics cancer biology and genetics at Stanford University, and colleagues found that two tricyclic antidepressant drugs, imipramine and promethazine, were able to induce cell death in SCLC cells and SCLC mouse models. “This was surprising to us initially, but in retrospect, SCLC is a neuroendocrine cancer, and it shares some features of neural cells, including the expression of the receptors targeted by these drugs,” said Sage.

Imipramine, used to treat major depression, modulates the activity of certain hormones that cause mood disorders. Promethazine is an antiemetic and antihistamine, and also has anticholinergic properties. The drug is used to treat nausea and motion sickness.

SCLC is a particularly aggressive form of lung cancer that progresses to metastasis rapidly and for which few treatments and no targeted agents are available. Approximately 15% to 20% of lung cancers diagnosed in the United States are small-cell tumors.

The team first used gene expression microarrays to understand how expression levels change in SCLC compared to normal lung cells. Using this data, the scientists found a gene expression signature for SCLC by using publically available gene expression data from FDA-approved drugs. These signatures were compared to the gene expression profile induced by the panel of repurposed drugs, including chemotherapy agents previously tested in SCLC. The drugs had a similar signature, which suggested their ability to antagonize SCLC development, and thus were tested further.

“In this bioinformatics screen, several hundreds of drugs can be analyzed very rapidly, all at the same time,” said Sage. From this initial statistical approach, the top six drug candidates were chosen for experiments, including imipramine and promethazine. Initial experiments using SCLC cell lines and non–small-cell lung cancer (NSCLC) cell lines as controls showed that four of the six agents selectively caused cell-death of SCLC but not NSCLC cells.

Further experiments showed the likely mechanism by which the two antidepressant drugs exert their effects on SCLC cells: the drugs induce cell-death pathways in these cancer cells by binding to G-protein–coupled receptors.

The researchers are now trying to understand the signaling pathways activated by the engagement of the GPCR receptors and this tricyclic antidepressant drug class. Another important goal, according to Sage, is to determine if SCLC cells eventually become resistant to the drugs. Testing of various regimens using mouse models, in combination or before or after chemotherapy, are also in progress, and should inform future clinical trial designs.

Based on these laboratory results, a phase IIA clinical trial with desipramine, a drug that is similar to imipramine in SCLC and high-grade neuroendocrine tumors, has been initiated. 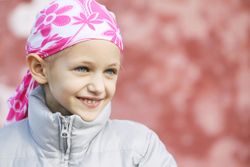