Around the Practice: Updates in HER2+ Breast Cancer - Episode 9

Around the Practice: Updates in HER2-Positive Metastatic Breast Cancer

The recent approval of novel HER2-targeted therapies has improved options for the treatment of patients with HER2-positive metastatic breast cancer (mBC), particularly those with brain metastases. More data are needed on optimal sequencing of therapy and therapies for subgroups of patients with HER2-positive disease, according to experts who participated in a recent virtual Around the Practice panel. The panel was moderated by V.K. Gadi, MD, PhD, the University of Illinois Cancer Center in Chicago, Illinois, and included Neil Iyengar, MD,Memorial Sloan Kettering Cancer Center in New York, New York; Claudine Isaacs, MD, Georgetown University in Washington, DC; and Virginia Kaklamani, MD,University of Texas Health San Antonio in San Antonio.

The objectives of the interactive panel, which included a live audience, were to discuss current treatment approaches and challenges for patients with relapsed or refractory HER2-positive mBC as well as new data from clinical studies presented at the 2021 American Society of Clinical Oncology (ASCO) Annual meeting. The panel reviewed case studies of patients with HER2-positive mBC and discussed factors to consider for third-line therapies, such as quality of life (QOL).

As noted by Iyengar, the increased use of neoadjuvant therapy for early-stage disease has changed thetreatment landscape for HER2-positive mBC. He typically uses the HER2/neu receptor antagonists trastuzumab (Herceptin) and pertuzumab (Perjecta) with a taxane to maximize volume reduction in the neoadjuvant setting, followed by dual HER2-targeted therapy with trastuzumab and pertuzumab in the adjuvant setting.1,2 Results from the APHINITY trial (NCT01358877) showed that the 3-year rate of invasive disease-free survival (DFS) was higher with pertuzumab than with placebo when added to chemotherapy and trastuzumab in patients with node-positive or high-risk node-negative HER2-positive operable breast cancer (94.1% vs 93.2%; HR, 0.81; 95% CI, 0.66-1.00; P = .045).3

In addition, Iyengar said he considers trastuzumab emtansine (Kadcyla; T-DM1) for patients with a substantial amount of residual disease in the adjuvant setting, based on results from the phase 3 KATHERINE trial (NCT01772472), which showed 3-year invasive DFS was higher with T-DM1 (88.3%) than with trastuzumab (77%) in patients with residual invasive disease in the breast or axilla after receiving neoadjuvant therapy.4 Also, Iyengar typically uses a taxane with trastuzumab and pertuzumab in the first-line metastatic setting. This is based on end-of-study results from the phase 3 CLEOPATRA trial (NCT00567190), which showed that the group treated with pertuzumab, trastuzumab, and docetaxel had a longer median overall survival (OS) than the group treated with placebo, trastuzumab, and docetaxel (57.1 vs 40.8 months; HR, 0.69; 95% CI, 0.58-0.82; P < .0001).5

According to Iyengar, diverse options have led to more practice variation in the second-line metastatic setting, including T-DM1 as well as tucatinib (Tukysa), a kinase inhibitor, with capecitabine and trastuzumab, the latter of which is often considered for patients with brain metastases.6 In the third-line setting, Iyengar said common options include tucatinib with capecitabine and trastuzumab, trastuzumab deruxtecan (Enhertu; T-DXd), a HER2-directed antibody and topoisomerase inhibitor, standard chemotherapy with HER2 antibodies, and combinations of chemotherapy with tyrosine kinase inhibitors (eg, lapatinib or neratinib plus capecitabine).7-9

There are still several unmet needs for HER2-positive mBC, including lack of clinical trials addressing treatment for leptomeningeal disease, identification of the optimal duration of maintenance therapy for patients with a complete response to HER2-targeted therapy, and treatment regimens that can prevent brain metastases, Kaklamani said.

In response to Poll Question 1, which asked which studies were most relevant to the audience, 34% said HER2CLIMB (NCT02614794) followed by 25% for DESTINY-Breast01 (NCT03248492) and neoadjuvant studies. In a follow-up question about how likely data presented at ASCO2021 and this session would change respondents’ clinical practice, 55% said yes (Poll Question 2).

Also, Isaacs highlighted results of studies in of patients with brain metastases in DESTINY-Breast01 presented at ASCO 2021, which showed that T-Dxd reduced baseline brain lesion diameter in 7 of 17 patients (41.2%).11

Limited data exist on optimal treatment for patients with hormone receptor–positive and HER2-positive disease, Issacs said. Resultsfrom a small phase 2 trial from China (NCT01950182) presented at ASCO 2021 showed that progression-free survival (PFS) and OS were similar between endocrine-based therapy and chemotherapy when added to trastuzumab in patients with hormone receptor-positive and HER2-positive mBC.12 Gadi and Iyengar said this regimen may be considered in individuals for whom chemotherapy is contraindicated.

“I think this is an incredible space for future development of those biomarkers and risk stratification development as well as novel agents that can be combined in that maintenance setting to try to prolong that [chemotherapy]-free interval,” Iyengar said.

However, Isaacs noted that the decision to use tucatinib is “nuanced” and depends on factors such as disease burden in the brain and response to their current treatment. She noted that, if patients are generally responding well to their current systemic regimen, clinicians may choose to treat small solitary brain metastases with stereotactic radiosurgery rather than switch to tucatinib.

Iyengar said he is starting to “lean a little further away from” continuing the current systemic therapy for small or asymptomatic brain metastases, a decision informed by findings in HER2CLIMB, which showed that the median time from random assignment to second progression (brain or body) or death was longer with tucatinib than with placebo in patients who received local therapy for isolated brain metastases (15.9 vs 9.7 months; HR, 0.29; 95% CI, 0.11-0.77; P = .009).14

Case 1: The panelists discussed a case study of a woman, 50 years of age, who initially presented with a 4-cm lump that was found to be HER2-positive, hormone receptor-negative breast cancer. She received 6 cycles of neoadjuvant docetaxel, carboplatin, trastuzumab, and pertuzumab (TCHP) followed by lumpectomy and radiation therapy. She obtained pathological complete response (pCR), which lasted for 32 months, until she returned to the clinic with complaints of increased fatigue, right-upper quadrant pain, loss of appetite, and persistent cough. An abdominal CT scan showed a 5.5-cm nodule in the liver, which was confirmed by liver biopsy to be HER2-positive. PET of her brain was negative for metastases. The patient received T-DM1, but a CT performed a year later showed progression in the liver.

Up to 20% of patients develop a distant recurrence, Isaacs estimated. Although she considered T-DM1 to be acceptable in this setting, she would have considered retreating with docetaxel, trastuzumab, and pertuzumab (THP) because this patient had a relatively long pCR. Kaklamani agreed. She said that in the first line she prefers T-DM1 and then follows up with new agents in later lines. In the third line, Kaklamani said she would likely choose a tucatinib-based regimen or T-DXd; the selection would depend on the presence of symptomatic brain metastasis, toxicities, and whether the patient was able to take orally administered medication.

In lieu of data to provide insight on which patients are most susceptible to develop ILD, as a precautionary measure, Kaklamani avoids prescribing T-DXd in patients who already experienced respiratory problems after treatment. Two patients she treated required intubation post-T–DM1 therapy.

The persistent cough reported by the case study patient would discourageyengar from using T-DXd in this patient because he said it would be difficult to identify new or subjective changes in the cough that are indicative of ILD.

Poll Question 5 respondents said patient QOL is either very important (70%) or moderately important (30%) when selecting a therapy for mBC.

As Gadi noted, large clinical trials increasingly include QOL data. Kaklamani said this information is particularly important in phase 3 studies but cautioned about the potential for inherent biases to affect reported data. “When I treat 3 [or] 4 patients with a specific medication and I see really bad toxicities regardless of everything I do, that probably taints my perception of that medication,” she said.

The European Organization for Research and Treatment of Cancer instruments may be helpful for providing more accurate patient-reported outcomes with a given agent, Iyengar suggested.

When asked how likely respondents are to use tucatinib for third-line therapy for a patient with HER2-positive mBC without brain metastases, 45% of respondents said “likely,” followed by 22% for “very likely” and “very unlikely” and 11% for “somewhat unlikely” (Poll Question 6).

For most patients with HER2-positive mBC, all of the available drugs are likely to be used at some point throughout their treatment, Isaacs said; therefore, patient preferences and a physician’s clinical judgment are likely to be important decision-making factors.

Case 2: The panelists discussed a case study of a woman, 63 years of age, who was originally diagnosed with stage IIa (T1N1M0), hormone receptor-negative, HER2-positive, right-sided invasive ductal carcinoma. She obtained pCR following neoadjuvant therapy with TCHP for 6 cycles. A CT scan conducted 36 months later discovered recurrence in the lung and bone, which was confirmed by biopsy to be hormone receptor-negative HER2-positive mBC. She was then treated with THP and obtained PR, but 18 months later, the disease progressed to the lung. After treatment with T-DM1, she obtained PR that was stable for 3 months. Six months later, she presented with new lung metastases.

Based on the short PFS with T-DM1, this patient likely has an aggressive disease, Iyengar hypothesized. Consequently, he would likely choose a tucatinib-based regimen or T-DXd. His therapeutic selection in this setting for a patient with visceral disease would be informed by the toxicity profiles of the available agents, the site of metastasis, whether the patient is presenting with any symptoms that are indicative of early pneumonitis or ILD, and the patient’s preferences.

While tucatinib is often preferred for brain metastases, intracranial responses could potentially occur with any active agent, Kaklamani noted. “You’re not going to go wrong picking either of these 2 agents,” she said.

The multiple approvals for new therapeutics in HER2-positive mBC in recent years have made it “pretty hard to run out of options,” Kaklamani observed. She said long-term efficacy data will help inform therapeutic choices, including treatment sequencing and combination strategies.

Lastly, Iyengar emphasized the importance of repeat biopsies when possible, particularly with metastatic disease, to identify the possibility of clonal evolution and to guide treatment decisions. 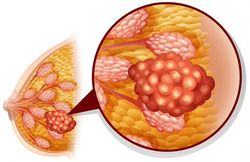