Bacterial vaginosis, the most widespread vaginal infection in the United States, is associated with a 357% increase in the incidence of cervical intraepithelial neoplasia (CIN), an abnormality of cervical

Bacterial vaginosis, the most widespread vaginal infection in the United States, is associated with a 357% increase in the incidence of cervical intraepithelial neoplasia (CIN), an abnormality of cervical cells that may lead to cervical cancer, according to a study published in the Scandinavian journal Acta Obstetricia et Gynecologica Scandinavica.

Cervical cancer is believed to be the most common form of cancer in women worldwide. While screening with Pap smears has dramatically reduced the incidence of this cancer in the United States, an estimated 2.5 million American women are diagnosed with low-grade cervical cytologic abnormalities each year.

According to a retrospective evaluation of Pap smears obtained in 6,150 women, reported by Dr. Jens Platz-Christensen and colleagues at Sahlgrenska University Hospital in Goteborg, Sweden, bacterial vaginosis was diagnosed, by detection of clue cells in Pap smears, in 617 (10%) of the patients. Cervical intraepithelial neoplasia was found in 5% of these women with vaginosis, as compared with 1.4% of the women without vaginosis. Moreover, when early-stage CIN was excluded, second- and third-stage CIN occurred in 2.9% of the patients with bacterial vaginosis but in only .4% of those without this infection.

A growing body of scientific evidence has also linked bacterial vaginosis with an increased risk of pelvic inflammatory disease, as well as cervicitis, endometritis, recurrent urinary tract infections, postoperative infection, and other health complications. Because of this mounting evidence, an increasing number of physicians advocate screening for bacterial vaginosis as part of the routine gynecologic examination. They note that, while a traditional Pap smear alone is unreliable for detection of this condition, simple office test procedures for bacterial vaginosis and other vaginal infections can be conducted in less than 3 minutes.

Clinical signs of bacterial vaginosis include a foul or fishy odor of varying degrees; a thin, milk-like discharge; a vaginal pH exceeding 4.5; and the presence of clue cells (epithelial cells coated with bacteria) in vaginal cultures. 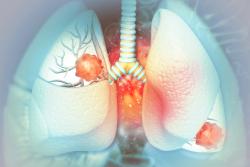 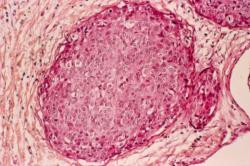