This concise review by Drs. Wexner and Hwang examines the issues surrounding the use of laparoscopy in the management of gastrointestinal (GI) malignancies. The authors believe, and most of us would agree, that in palliative cases, a minimally invasive surgical approach has much to offer the patient in terms of reduced morbidity and mortality and improved quality of life. However, the role of this technology in potentially curative resectional therapy remains controversial.

This concise review by Drs. Wexner and Hwang examines the issues surrounding the use of laparoscopy in the management of gastrointestinal (GI) malignancies. The authors believe, and most of us would agree, that in palliative cases, a minimally invasive surgical approach has much to offer the patient in terms of reduced morbidity and mortality and improved quality of life. However, the role of this technology in potentially curative resectional therapy remains controversial.

In the case of colon cancer, numerous randomized trials are actively accruing patients and hopefully will answer the question of whether a laparoscopic approach is appropriate (ie, causes no reduction in either disease-free or overall survival). In the meantime, how can physicians apply the published data to their daily practice decisions?

I view minimally invasive surgical techniques as part of the surgical armamentarium rather than as a separate discipline. As such, not all patients would benefit from a laparoscopic procedure. For many GI malignancies, laparoscopic surgery is safe and technically feasible, albeit with a somewhat longer learning curve compared to open surgery. Advanced procedures are technically demanding and require more operative time. This may, in part, explain the authors suggestion that fewer colorectal surgeons are performing minimally invasive procedures.

In the current practice environment, a greater volume of patients is often required to maintain practice income. Thus, operating time has become a valuable commodity and the opportunity to spend time learning new techniques, such as advanced minimally invasive surgical procedures, has become scarce.

Many recent publications have established a role for minimally invasive surgery in staging GI cancer. Despite the use of sophisticated preoperative radiologic studies such as dynamic, contrast-enhanced computed tomography (CT) or fast-acquisition magnetic resonance imaging (MRI), laparoscopic staging detects occult intraperitoneal disease in only 15% to 20% of patients. These patients can be spared laparotomy because there are alternatives to open surgery for palliation and treatment.

Morbidity following laparoscopic staging remains low, and major complications (eg, hemorrhage, visceral perforation, intra-abdominal infection, and shock) occur in less than 2% of cases. Minor complications such as wound infection, port herniation, or urinary retention are also uncommon. At our institution, minor complications have been noted in 1% of these patients.[1,2]

As Drs. Wexner and Hwang state, many investigators have expressed concern regarding dissemination of disease during laparoscopic surgery. Clinical data are sparse and mostly anecdotal. Barrat et al examined 109 patients in a prospective study and suggested that peritoneal spread and tumor manipulation are important factors in port site metastasis.[3] In contrast, Feigs group from the M. D. Anderson Cancer Center noted recurrence at the port site in only 4 (0.8%) of 533 cases following laparoscopy. Three of these patients had advanced disease at the time of laparoscopy, and none of the 109 patients with pancreatic cancer developed a port site recurrence.[4]

Our clinical experience is similar to that of the group from M. D. Anderson. We have seen several cases of recurrence at the port site, but the incidence is low (< 1%) and appears to be related to stage of disease and biology of the tumor rather than the technique per se. Little data have been reported regarding the true incidence of recurrence after open surgery. Retrospective studies have suggested that the incidence following open colonic surgery is between 0.6% and 1.5%, depending on the definition of recurrence.[5,6]

The authors raise several legitimate concerns regarding the technical aspects of colonic resection. However, numerous prospective studies have demonstrated equivalency between open colectomy and laparoscopic procedures in lymph node harvest, margin status, and amount of bowel resected. The preliminary analysis of the National Institutes of Health (NIH)-sponsored randomized trial appears to support this equivalency, as there was no difference in total bowel length resected, margin status, and total number of nodes retrieved between the open and laparoscopic resection groups.[7] Interim analysis of other prospective trials report similar findings, but survival data have yet to be reported. It would not be surprising, however, if these results were also equivalent.

Drs. Wexner and Hwang cite many studies dealing with outcome following resection that are methodologically flawed. That said, none of these investigations have demonstrated a reduction in survival after laparoscopic resection.[8,9]

To paraphrase the question posed at the start of this commentary, how can we clinically apply the published data about laparoscopic bowel surgery for GI malignancies? I would be somewhat more proactive than Drs. Wexner and Hwang. While it is clear that the results of randomized studies have critical implications for the care of patients with colon cancer, a significant body of literature suggests that minimally invasive surgical techniques will assume an increasingly important role in the management of cancer patients. Surgeons should be encouraged to acquire the skills that enable them to integrate minimally invasive surgical techniques into their practice.

For patients with colon cancer who require a palliative procedure, a minimally invasive surgical approach may offer significant benefits and should be considered if the surgeon has the necessary technical skills. However, I agree with Drs. Wexner and Hwang that caution should be exercised with regard to resectional surgery, and that patients who are being considered for laparoscopic resection should be treated within a properly designed clinical trial.

The authors should be congratulated for raising this topical and important subject.

Palliative and Supportive CareONCOLOGY Vol 14 No 8 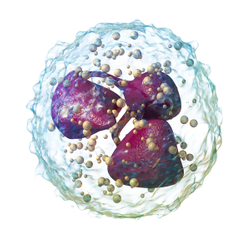 Plinabulin Plus G-CSF Earn Priority Review From FDA for CIN 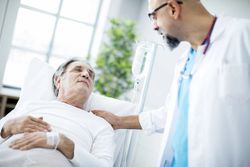