In a Significant Percentage of Patients, Neoadjuvant Therapy Yields Equivalent Survival, With Better Quality of Life and Lower Costs

In a Significant Percentage of Patients, Neoadjuvant Therapy Yields Equivalent Survival, With Better Quality of Life and Lower Costs

Our objective here is to set forth the rationale for, and data supporting the use of, neoadjuvant chemotherapy (NACT) instead of primary debulking surgery (PDS) as the primary treatment in patients with advanced epithelial ovarian cancer. The need for a debate such as this one with Drs. Cowan and Chi has its origins in the results of recent randomized controlled trials (RCTs) that stand in contrast to the bulk of the literature, which supports residual tumor after surgery as the major prognostic factor in these women. In fact, randomized studies comparing NACT and interval debulking surgery (IDS) vs PDS have demonstrated no difference in survival between the two arms.[1,2] Such data are in line with those reported for other tumors, such as breast, cervical, and stomach cancers.[3-5]

Several issues have been raised that call into question the generalizability of the outcomes and conclusions of these studies (eg, low rate of accrual per center, low percentage of complete debulking, high rate of postoperative complications). As a result, the 5th Ovarian Cancer Consensus Conference of the Gynecologic Cancer InterGroup[6] has declared that surgery remains a key component of first-line therapy of ovarian cancer, and scientific societies (the American Society of Clinical Oncology [ASCO]/Society of Gynecologic Oncology [SGO] and the European Society of Gynaecological Oncology [ESGO]) have outlined their own guidelines, which suggest a balance between achieving optimal/complete debulking and minimizing perioperative morbidity after PDS.[7,8] In any case, the role of a qualified gynecologic oncologist in making such decisions was universally supported.

Another randomized trial that is supposed to definitively clarify the role of NACT vs PDS in the same group of patients (the Trial on Radical Upfront Surgery in Advanced Ovarian Cancer [TRUST] trial; ClinicalTrials.gov identifier: NCT02828618) has been designed and was recently started. This trial has the potential to highlight the role of comprehensive surgery vs NACT in advanced epithelial ovarian cancer; however, it is taking the risk of including unselected patients, which may lead to skewed results. In fact, inclusion of all women with potentially resectable advanced epithelial ovarian cancer might shift survival curves in favor of one approach instead of the other. Conversely, preoperative selection to avoid unethical randomization, as occurred in previous studies, might lead to opposite results.

In the meantime, two other RCTs on the same topic, the Japan Clinical Oncology Group (JCOG) 0602 study and the SCORPION trial (ClinicalTrials.gov identifier: NCT01461850), have completed accrual. Both have demonstrated a lower rate of perioperative complications for IDS than for PDS, but survival analysis is still pending.[9,10]

While we wait for the results of these ongoing trials, in order to make a reasonable and robust case in favor of NACT (as opposed to PDS) on the basis of available data, we can try to identify the most appropriate approach for four clinical subgroups of women with advanced epithelial ovarian cancer, at the time of their initial diagnosis.

Such factors include: advanced age (biological/chronological), high risk of not tolerating aggressive surgery (based on Eastern Cooperative Oncology Group performance status > 2/albumin level < 3 g/dL/American Society of Anesthesiologists score > 2/Charlson Comorbidity Index > 10), and presence of distant/unresectable metastases (International Federation of Gynecology and Obstetrics stage IV/laparoscopic score > 10/CT or diffusion-weighted MRI evidence/elevated serum cancer antigen 125 level). The percentage of patients who fall into this category varies between 21.8% and 30%, according to different series,[11,12] but it is higher in high-volume general hospitals with emergency department access.[13] Different algorithms for choosing between PDS and NACT have been proposed in this group, but there is substantial agreement that NACT should be recommended as the primary treatment.

These women have usually been deemed suitable for surgery, but for some reason (eg, intraoperative complications or technical unresectability) debulking is then aborted. The survival curves of these women (median progression-free survival [PFS], 10 months to 13.6 months)[11,12] demonstrate that PDS has no benefit in this population, except for palliative purposes in a few instances. Therefore, to achieve an acceptable cost-benefit ratio, women in this category should be triaged directly to NACT after disease histology has been established. The percentage of women in this category ranges from 8.5% to 19% in different series[11,12]; ideally, however, it should be as low as possible.

It is very difficult to predict preoperatively which patients will fall into this class. However, greater openness to considering neoadjuvant chemotherapy, use of advanced radiologic images (eg, diffusion-weighted MRI), and minimally invasive approaches for assessment of disease diffusion-instead of automatically attempting debulking-might reduce the number of patients in this category.

In these first two groups, which together account for 30% to 40% of the entire population of patients with advanced epithelial ovarian cancer, the effect of NACT on survival is equal to that of PDS, but NACT appears to be superior in terms of quality of life and cost-effectiveness.

3) Patients with residual tumor = 0 at PDS

Based on available data, including data from RCTs, women in this category, who comprise the largest subgroup of the entire advanced epithelial ovarian cancer population (35.8% to 51.7%), derive the greatest survival benefit from PDS, with a median PFS of 24 months to 26 months.[11,12] Absence of unresectability criteria as previously defined[14] or a laparoscopic score < 10[15] ensure that residual tumor = 0 in nearly 100% of cases.

Although women in this group are generally thought to derive an advantage from PDS, there are good reasons to favor NACT in this population. The following questions, by helping guide thinking about the issue, can bring into focus the reasons why NACT is often the better choice.

Who are the patients in whom residual tumor = 1–10 mm? As clearly shown by Sioulas et al,[16] these women frequently have a high tumor burden (tumor index as assessed by operative surgeon = 2 in 55% of cases), usually require highly complex surgery (surgical complexity score = 3 in 40% of cases), and are at risk for grade 3/4 postoperative complications (seen in 25% of cases). Although this statistic has not been reported, it is conceivable that their time to the start of chemotherapy is longer than expected. The presence of small bowel carcinomatosis has been reported as the most common reason (79.8% of cases)[11,15] for not achieving no gross residual tumor (NGR) in these patients.

How reliable are preoperative algorithms at predicting chances of complete resection? Multiple models incorporating serologic markers and imaging modalities have been proposed as a means of preoperatively estimating the likelihood of NGR at PDS. Our recent data from staging laparoscopy demonstrate that a model based on laparoscopy is very accurate with regard to estimating the chances of achieving NGR, but it may fail at predicting the chance of optimal resection. However, laparoscopy is very useful for assessing small bowel carcinomatosis.

What survival value should be used when comparing NACT with PDS? Comparison of median overall survival (OS) rates in these patients seems inappropriate, given the availability of second-line treatments that might artificially prolong OS, thus hiding the real impact of the primary approach. For this reason, the 5th Ovarian Cancer Consensus Conference[6] has declared that PFS is an acceptable surrogate endpoint to use when testing treatment strategies in patients with ovarian cancer. The striking median PFS of 36 months that was reported for women with no residual tumor after NACT (complete pathologic response [pCR])[17] cannot be ignored (the median OS in this group was 72 months). Although the percentage of patients who achieve a pCR with NACT has been quite low up to now (6.5%), new chemotherapy regimens, including those that are already available, as well as those likely to be approved soon, may improve the rate of NGR before IDS. Indeed, the use of bevacizumab during NACT has been shown to increase the pCR rate in breast cancer,[18] and the use of dose-dense chemotherapy has been shown to increase the pCR rate in ovarian cancer.[19] We recently demonstrated a median PFS of 23 months in women with advanced-stage high-grade serous ovarian cancer with BRCA mutations who were managed with NACT and IDS. Moreover, no statistically significant survival difference was observed between these patients and a similar group of patients managed with PDS (article in press). Data from this unpublished series, together with the data from the 2014 study by Petrillo et al,[17] suggest that the identification of women who are sensitive to chemotherapy and who have specific molecular defects for which targeted therapies are available can potentially increase the chances of clinical/pathologic response with NACT, and finally prolong survival.

Are there patients in whom NACT is contraindicated? Because of specific genetic/molecular aberrations, some tumors, such as low-grade serous ovarian cancer[20] or tumors with concomitant SMAD2 phosphorylation and expression of miR-181a-5p,[21] are particularly chemoresistant. We also recently demonstrated a statistically significant difference in median PFS between BRCA wild-type patients with high-grade serous ovarian cancer who received PDS as their primary treatment and a similar group of patients whose primary treatment was NACT (26 months in the PDS group vs 18 months in the NACT group; P = .003; article in press). Therefore, in these women, the complete removal of disease seems the obvious strategy to pursue.

In light of the foregoing considerations, our old approach to choosing between PDS and NACT should be reviewed. We would propose that the initial approach to a woman with advanced ovarian cancer take into account molecular aspects of the patient’s disease together with results of the clinical evaluation. However, the hypotheses underlying this proposal still need to be prospectively validated, and are useful only to establish the direction of future studies. At the moment we, as surgeons, still have to weigh the risks and benefits of our procedures. Based on ASCO/SGO and ESGO guidelines, the most debated subgroup remains those patients in whom residual tumor = 1–10 mm. In this subgroup, the definition of an acceptable rate of severe postoperative complications remains unclear, given that the survival benefit of PDS at referral centers is uncertain. It is also reasonable to argue that the more aggressive surgery is pursued, the higher the percentage of patients with residual tumor = 1–10 mm. We hope the SCORPION trial, which has simple and strict selection criteria, will clarify whether a specific approach-PDS or NACT with IDS-is able to offer a significant survival advantage to these women. 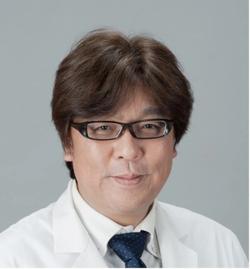