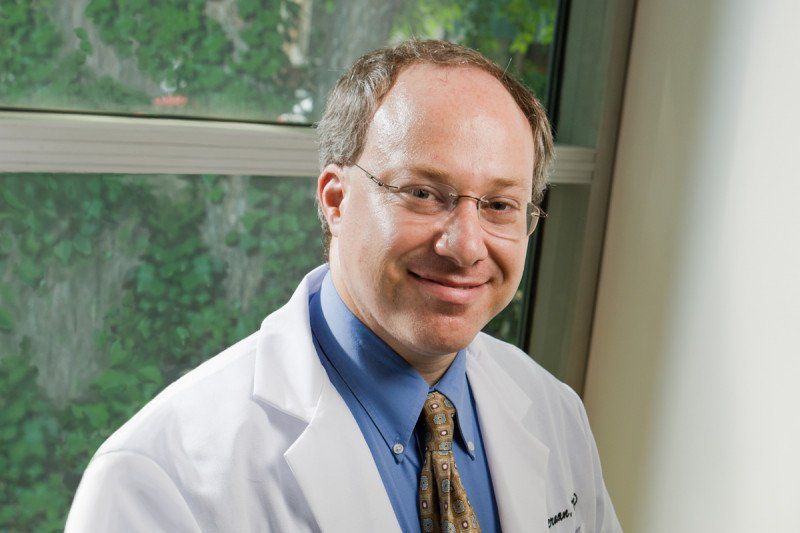 Results from a pilot study (NCT03085056) of trametinib (Mekinist) in combination with paclitaxel in metastatic anaplastic thyroid cancer (ATC) showed a positive effect of therapy on progression-free survival (PFS) at 6 months, according to a poster presented at the 2022 American Society of Clinical Oncology (ASCO) Annual Meeting.

Eric J. Sherman, MD, a medical oncologist at the Memorial Sloan Kettering Cancer Center, lead investigator of this study, and the head and neck tumor chair for the journal ONCOLOGY®, spoke with CancerNetwork® about the efficacy of MEK inhibition in ATC and the potential for more comprehensive research into this potential mechanism of action.

The early phase 1 trial examined the combination of paclitaxel and trametinib in 12 patients with pathologically proven metastatic or locoregional ATC. Results showed a 6-month PFS rate of 25% and a median overall survival (OS) of 26 weeks (range, 3-59+). Median time on treatment was 10.5 weeks (range, 3-47+). Three patients (25.0%) experienced partial responses to treatment and 5 (41.7%) experienced stable disease. The most frequent adverse effects (AEs) of any grade were anemia (75%), increased aspartate aminotransferase (50%), diarrhea (50%), and leukopenia (50%). Investigators concluded that the results warrant further research.

CancerNetwork®: What was the rationale for conducting this research?

Sherman: The rationale for this is that many ATCs, which at the time [of study initiation] had no standard treatment at all, have alterations along the MAPK pathway. Using drugs like BRAF inhibitors and MEK inhibitors makes sense. At [the time of trial initiation], the only data out there was with a BRAF inhibitor that didn’t really look that wonderful. There are also data with paclitaxel as a single agent in ATC that looked good initially, but [efficacy] was short term and we saw resistance very early on.

The rationale of this study first started with lung cancer where they were looking at this combination of taxanes and MEK inhibitors and showed a benefit in a randomized study using the 2 together. It seemed like one of the mechanisms of resistance to taxanes was overstimulation of the MAPK pathway. It made sense to use the 2 together. In lung cancer, it’s very common to have RAS mutations, so we thought to bring this into ATC. It took a while for the study to get started. During the approval of the study and [before it was] about to start, the drug was sold from one company to another and it led to longer delays. Then, not long after we began [this trial], data came out using dabrafenib [Tafinlar] and trametinib in BRAF-mutant ATCs [NCT02034110], and it showed unbelievably high response rates. Actually, it got FDA approved in the middle of this study.2 You always have to think about that [in terms of] the study itself because it changed what the study targeted and how patients were treated.

Among the findings presented at 2022 ASCO, what stood out to you the most?

The response rate is 25%, which is unbelievably high. It’s a good response rate, and patients stayed [on treatment, with] 50% on it for at least 6 months. That is quite good compared with what historically has been seen. Two of the patients who had a response did not have a BRAF mutation, so it was definitely in a different population. The other thing that stood out was the median OS. When you look at studies in ATC using taxanes or taxane combinations, median OS is only around 3 months, or 12 weeks altogether. In this study, there were heavily pretreated patients and those with a performance status that declined quickly, and [nonetheless], there was a median OS of about 20 weeks which is a lot longer than what you see historically in this population. [This result] wasn’t because patients were suddenly taking dabrafenib and trametinib; [in fact], a few patients were on dabrafenib and trametinib prior to starting the study. But that [prior use] wouldn't account for the median OS of 20 weeks. There was a median OS that looked fairly good for this population as well as a very reasonable response rate, including in some patients who didn’t have any treatment options since there’s no standard treatment outside of BRAF V600E mutations.

What did the safety profile of this regimen look like?

In general, treatment was well tolerated. There were 2 grade 4 AEs, but both were low [blood cell] counts and not anything more serious than that. One was a low white blood cell count and the other was a low absolute lymphocyte count. Most of us don’t think much about the absolute lymphocyte count being low because it really doesn’t play any role. The patient who has a low white blood cell count was someone who received treatment immediately after radiation therapy and chemotherapy. They were rushed into this because of how fast their tumor was progressing. Some patients also became neutropenic, which is what we often see with paclitaxel. With 12 patients getting paclitaxel, it’s not surprising that 1 patient had that type of event. Those were the worst of the toxicities, but we didn’t see any other AEs that were concerning for this population. This is what you would expect in patients on paclitaxel or trametinib, but the combination didn’t seem to add AEs.

Where do you see research efforts going from here?

There’s still a lot of focus on targeting molecular alterations in ATC. We see that now in tumors with NTRK fusions and BRAF mutations. But at the end of the day, that ends up being about half of all patients which is a good amount, but we should focus on the other half who don’t have the molecular alterations. We’ve gone further away from chemotherapy than we probably should. I don't mean chemotherapy alone, but in combination with other agents. This shows that using chemotherapy with a MEK inhibitor, and I don’t think anyone would ever believe MEK inhibitors would have any activity, can really lead to some extra benefit. That’s something we should be looking at a little more carefully, [for example] in tumors that have RAF mutations. Immunotherapies can play a big role in that population as well. There are some studies looking at immunotherapy combinations. But immunotherapy still only works for a small percentage of patients, and so this study gives us a very good alternative using 2 drugs that are both FDA-approved, [although] they’re not approved for ATC. One of them is actually companion approved for ATC, the other is a drug that we can get otherwise.

What do you hope your colleagues take away from this research?

[Our research] gives another possible regimen for patients with ATC. The problem with diseases like ATC are that they are so rare that we used to make treatment decisions based on studies [in a small number of] patients. Even the dabrafenib and trametinib study only examined a little more than 30 patients. A 12-person study showing a 25% response rate is very reasonable and it gives us another option. We should also be looking more at different combinations of chemotherapy plus targeted therapies and seeing if those combinations lead to synergy instead of focusing too much on the targeted therapies by themselves.