A study shows undergoing treatment for DLBCL at a clinic with more experience was linked with important clinical outcomes.

Undergoing treatment for diffuse large B-cell lymphoma (DLBCL) at a treatment center with more experience treating lymphoma was linked with important clinical outcomes, according to the results of a study published in Cancer.

Among these outcomes was a greater receipt of guideline-adherent therapy, reduced hospitalizations, and improved survival.

“Our study adds to the literature by opening an important new dimension to the volume-outcome relationship,” wrote Scott F. Huntington, MD, MPH, of Yale University, and colleagues. “To our knowledge, this is the first population-based study evaluating the association between oncologist volume and outcomes in a cancer treated primarily with systemic chemotherapy.”

Prior research has linked hospital and surgeon-level case volume with clinical outcomes in patients with cancer who require complex surgical procedures. However, DLBCL and other non-hodgkin lymphoma NHL are frequently not included in these studies because they are primarily treated with systemic therapy.

Huntington and colleagues conducted a cohort analysis of 8,247 Medicare beneficiaries diagnosed with DLBCL from 2004–2011. They looked at oncologist volume and any association with four clinical outcomes.

The median age of included patients was 77. Patients who initiated treatment with a high-volume oncologist were more likely to be white, reside in the Midwest or South, live in a non-metropolitan area, not be disabled, and receive treatment in a physician office setting.

The majority of patients (75.2%) were administered chemotherapy and 71.4% of cytotoxic regimens included an anthracycline.

“In addition to our primary exposure variable of oncologist volume, several patient-level characteristics were associated with receipt of any cytotoxic chemotherapy and receipt of CHOP/CHOP-like treatment,” the researchers pointed out. “Significant characteristics in both models included age, stage, census

“Should future studies identify consistent volume–outcome relations in the increasingly complex field of medical oncology, care delivery and system-based interventions may be warranted,” the researchers wrote. 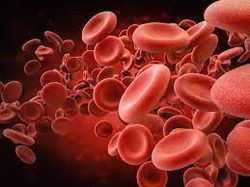