The advantage with pembrolizumab has continued to improve, offering significantly better overall survival than chemotherapy in patients with recurrent, advanced urothelial carcinoma, according to the mature results of a phase III trial.

Pembrolizumab offered significantly better overall survival (OS) than chemotherapy in patients with recurrent, advanced urothelial carcinoma, according to the mature results of a phase III trial. The advantage with the immune checkpoint inhibitor has continued to improve after the initial results were reported.

“Pembrolizumab is the first agent to improve survival over chemotherapy in the second-line setting,” said Ronald de Wit, MD, PhD, of Erasmus University Medical Center in Rotterdam, the Netherlands. “Not all patients benefit from checkpoint inhibition, but a sizeable proportion of patients who respond have very durable responses, even well over 1 year.”

De Wit presented mature results of the KEYNOTE-045 trial (abstract LBA37_PR) at the European Society for Medical Oncology (ESMO) 2017 Congress, held September 8–11 in Madrid. The trial included a total of 542 patients with recurrent, advanced urothelial carcinoma, randomized to either pembrolizumab (270 patients) or to chemotherapy (272 patients; either paclitaxel, docetaxel, or vinflunine).

The survival advantage was also seen in a subset of patients with a combined positive score for PD-L1 expression, defined as at least 10% of tumor and inflammatory cells expressing PD-L1. In those patients, the median OS was 8 months with pembrolizumab, and 5.2 months with chemotherapy, for an HR of 0.58 (P = .003). The OS was better with the immunotherapy regardless of age, presence of liver metastases, hemoglobin, visceral disease, and the specific chemotherapy agent used.

Toxicity was also better with the immunotherapy. Toxicities of any grade occurred in 62% of pembrolizumab patients and in 90.6% of chemotherapy patients; for grade 3 or higher adverse events, these rates were 16.5% and 50.2%, respectively.

De Wit said the new data are “striking in the setting of urothelial cancer, which is highly lethal in the metastatic state.” He noted that quality-of-life was also better with pembrolizumab, and that the agent should be considered a new standard of care in the second-line treatment of this malignancy.

Maria De Santis, MD, of the University of Warwick in the United Kingdom, commented on the study, and pointed out the importance of longer-term results such as these considering the lack of difference in PFS. “As PFS does not seem to be a good surrogate endpoint with pembrolizumab, a confirmed, robust OS benefit as shown in this updated analysis becomes increasingly important,” she said, adding that the limited severe toxicity is important for a population that is often older with multiple comorbidities. 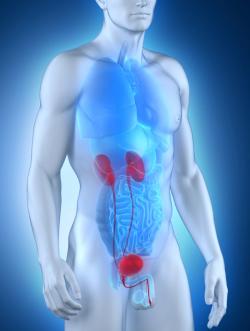