The US Food and Drug Administration (FDA) has approved capecitabine (Xeloda), the first oral chemotherapy for the

"Because Xeloda is a pill, it allows people with colorectalcancer the flexibility of taking their medication on the go without interruptingwork or other activities," said John Marshall, MD, director of thedevelopmental therapeutics program and associate professor of oncology andmedicine of the Lombardi Cancer Center at Georgetown University Medical Center."Also, Xeloda is an effective therapy that has been proven in clinicaltrials to have a superior tumor response rate compared to intravenous bolus5-FU/LV (fluorouracil/leucovorin), also known as the Mayo Regimen."

The FDA decision was based on the results of two multinationalphase III trials in metastatic colorectal cancer that demonstrate thatcapecitabine was significantly superior to 5-FU/LV (the previous standard ofcare) in its overall tumor response rate. Unlike more complex intravenouschemotherapy regimens, capecitabine requires only two daily oral doses. The drugis covered by Medicare.

The two multinational clinical trials included 1,200 patientsand were conducted at 120 hospitals and cancer centers around the world. Abouthalf the patients enrolled received capecitabine, 1,250 mg/m2 twice daily for 2weeks, followed by 1 week of rest; the other half received IV 5-FU/LV.

"An oral form of chemotherapy marks a significant advancein colorectal cancer management," said Carolyn Aldigé, president of theCancer Research Foundation of America. "This new chemotherapy forcolorectal cancer gives patients the convenience and benefits of oral dosing,allowing them to spend less time in the hospital and more time with their lovedones, while treating and managing their disease."

Capecitabine is the first oral drug whose effectiveness is dueto its enzymatic activation of 5-FU. The human body produces the enzymethymidine phosphorylase, which converts capecitabine into 5-FU. The drug wasinitially approved in 1998 for use in patients with metastatic breast cancerwhose tumors are resistant to standard chemotherapy with paclitaxel (Taxol) andan anthracycline-containing regimen. 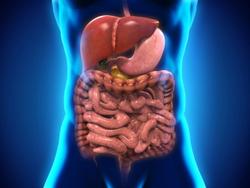