“We believe the TIVO-3 data demonstrate a favorable risk/benefit profile for tivozanib in the growing population of patients who have relapsed or become refractory to multiple lines of therapy, including checkpoint inhibitors,” Sumanta Pal, MD, associate clinical professor, Department of Medical Oncology and Therapeutics Research, and co-director, Kidney Cancer Program, at City of Hope Comprehensive Cancer Center, said in a press release.2

“The lack of clinical data to guide treatment decisions in a robust, evidence-based manner in this setting is a serious and growing unmet medical need, particularly as this population continues to grow thanks to improved treatment in earlier lines,” Pal added. “TIVO-3 provides the first positive superiority study to help guide this important treatment decision and, furthermore, offers this highly refractory patient population a favorable tolerability profile as indicated by fewer dose reductions, interruptions and discontinuations over a less selective VEGFR TKI in sorafenib.”

The TIVO-3 study was a controlled, multicenter, open-label, phase III trial which randomized 350 patients with highly refractory metastatic RCC who had failed ≥2 prior regimens, including VEGF-TKI treatment, 1:1 to receive either oral tivozanib or sorafenib. Crossover between arms was not permitted.

Eighteen percent (n = 31) of patients in the tivozanib arm achieved partial response, compared with 8% (n = 14) of those in the sorafenib arm. The objective response rate was 34% for tivozanib versus 24% for sorafenib.

The investigators reported significantly reduced dose reductions and interruptions due to AEs for tivozanib versus sorafenib (48% vs 63%; P = .0164), despite nearly double the average time of cycles initiated for the tivozanib arm (11.9 months vs 6.7 months, respectively). Treatment related AEs leading to permanent discontinuation were 8% for tivozanib compared with 15% for sorafenib.

“The biggest advantage to tivozanib is tolerability,” Brian Rini, MD, from Vanderbilt-Ingram Cancer Center, said in a recent interview withCancerNetwork. “One thing where my mindset has changed now that we have immune therapy combinations that can be curative, is that when we are using single agent TKIs, we’re really just trying to control disease. Because we’re not curing those patients, and they can be on (TKI therapy) for many months or years, tolerability is really the key thing.”

Rini added that these findings support the use of another VEGF TKI in this patient population. “Patients, appropriately, always want more options,” he said. “…Having tolerable options, especially in this late line setting, is a potential advantage to patients. I often describe to patients that we’re just trying to get as many shots on goal as possible…So, I think it adds to our weapons in this disease.” 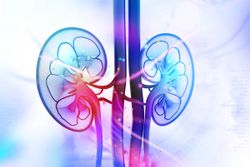