Imatinib mesylate (Gleevec) has a lasting effect onadvanced gastrointestinal stromal tumors (GISTs), while greatly reducing theirsize, according to the results of a study presented at the 38th annual meetingof the American Society of Clinical Oncology.

"Gleevec has extended the lives of so many cancer patients who wouldhave had no other treatment 5 years ago," said Margaret von Mehren,MD,a medical oncologist at Fox Chase Cancer Center in Philadelphia and a principalinvestigator for the study. "Most of our GIST patients have been takingGleevec for at least a year now, and we continue to see encouragingresponses."

The study results were derived from updated data of the phase II, multicentertrial in which a daily dose of imatinib (either 400 or 600 mg) was given orallyto each of the 147 participating patients. At a median follow-up of 15 months,73% of the patients remain in the study. More than 60% responded well toimatinib, with their tumors decreasing in size by at least one-half. Another 20%had tumors that shrank by one-quarter to one-half, or stabilized.

"In addition to the high rate of overall response to Gleevec, the drugis generally well-tolerated," said Dr. von Mehren. "Not only do wehave patients living longer than before with this advanced disease, but most ofthese patients feel well also."

"For reasons not yet known, the disease progressed in about 18% ofpatients who initially had tumor shrinkage," said Dr. von Mehren. "Forsome patients, the growth of disease occurs only in some areas but not in alldisease sites. Patients still take Gleevec to control disease. Laboratorystudies are already under way at Fox Chase Cancer Center and other institutes tounderstand why these tumors stopped responding to the Gleevec. More data willneed to be collected before determining how many patients this is happening toand why."

In February 2002, the US Food and Drug Administration (FDA) approved imatinibfor the treatment of advanced GISTs. Imatinib works by targeting the c-Kitprotein, which is overexpressed in some GISTs and is responsible for tumorgrowth. The drug inactivates the protein, thereby controlling the tumor’sprogression. 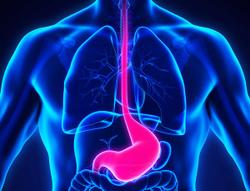