Patients with midgut neuroendocrine tumors had significantly delayed disease progression when treated with Lutathera compared with the current standard of care.

Patients with midgut neuroendocrine tumors (NETs) had significantly delayed disease progression when treated with 177Lu-DOTATATE (Lutathera), a peptide receptor radionuclide therapy, compared with the current standard of care (octreotide LAR), according to the results of the phase III NETTER-1 trial presented at the 2015 European Cancer Congress (ECC) in Vienna.

The results (abstract LBA 6) were presented by Philippe Ruszniewski, MD, head of the department of gastroenterology-pancreatology, Beaujon Hospital, Clichy, France.

According to a press release detailing results of the study, Lutathera is a member of the family of peptide receptor radionuclide therapies (PRRTs), which involve targeting tumors with radiolabeled somatostatin analogue (SSA) peptides. The technique belongs to the larger family of molecular nuclear medicine, where radiopharmaceuticals are used for imaging and treating various diseases including cancer. SSAs are widely used in gastrointestinal NETs cancer to reduce symptoms such as diarrhea.

NETTER-1 was the first phase III trial to evaluate Lutathera in patients with inoperable, progressive, somatostatin receptor–positive midgut NETs. The study randomly assigned 230 patients to four doses of Lutathera every 8 weeks plus 30 mg of octreotide LAR every 28 days or octreotide LAR 60 mg every 4 weeks.

The primary endpoint was progression-free survival and objective tumor assessment was performed by independent reviewers every 12 weeks.

According to the researchers, the safety profile observed with treatment with Lutathera was similar to that seen in earlier trials of the drug. 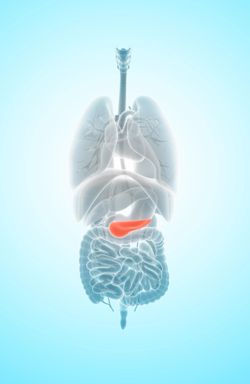 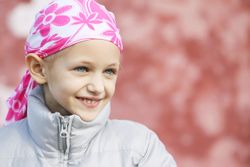